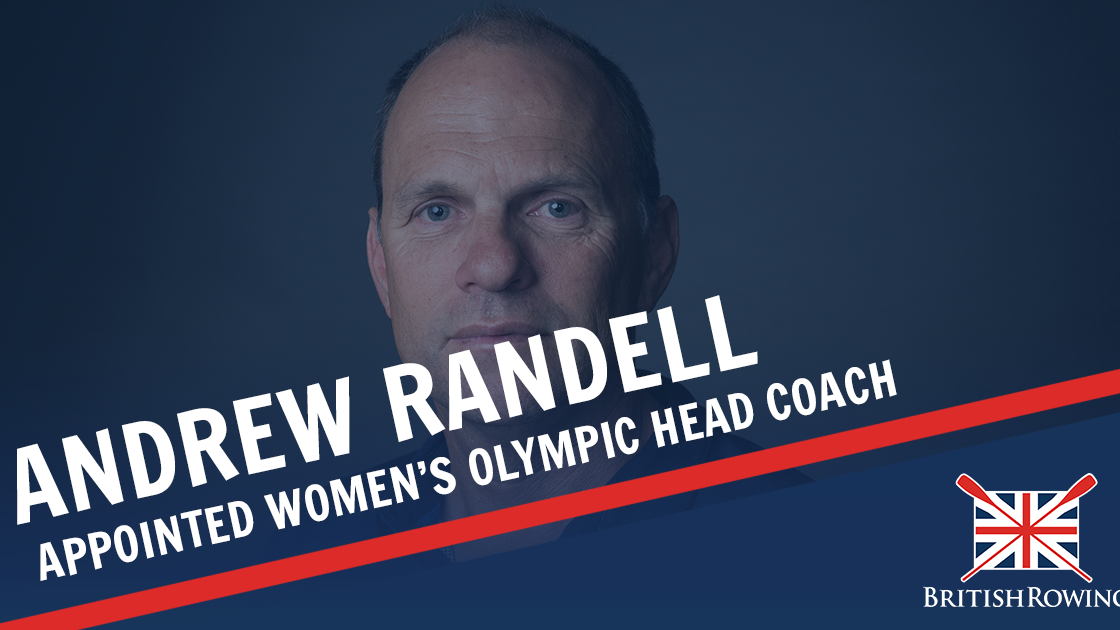 GB Rowing Team (GBRT) has completed its new Olympic coaching roster with the appointment of Andrew Randell as Women’s Olympic Head Coach. He joins Paul Stannard, who was recently appointed head coach of the men’s Olympics. Both Andrew and Paul are world-class coaches and will sit on the GBRT executive team to drive the program forward through Paris 2024.

Andrew was most recently senior coach for Rowing Australia, where he led the women’s sculls to victory in the 2021 Olympic final qualification regatta in Lucerne, Switzerland, and on to a bronze medal at the belated Tokyo 2020 Olympics.

He began coaching for Rowing Australia in 1995 and has coached male and female sculler and sweep crews at multiple World Cups, Junior and Senior World Championships and three Olympic Games – Beijing 2008, Rio 2016 and Tokyo 2020.

As the Women’s Olympic Head Coach for the British Rowing Team, Andrew will lead the Olympic program to produce Olympic-class boats with the potential to win medals in international competitions, and build a world-leading culture within the program that elevates rowers and staff both as well as blossom looks out of the water. He will be relocating to the UK and will take up his post in February.

Commenting on his new role, Andrew said: “I am delighted to be joining British Rowing as the Women’s Head Coach of the GB Rowing Team and look forward to working with the coaching staff and athletes as we prepare for a successful World Championships later this year in Racice (Czech Republic). This will be an important regatta in our long-term goal of winning medals at the Paris 2024 Olympic Games.”

Louise Kingsley, British Rowing Director of Performance, said: “Andrew was the standout candidate at the interview and I am delighted that he is joining our new Look team. The experience Andrew brings will help us reshape our women’s team, get our teams back on the podium and establish a culture of winning well.”

“It is important that we also learn lessons from Tokyo and adapt the program to move forward positively and productively. Appointing Paul and Andrew to the newly created Head Coach roles and joining the GBRT leadership team means they can better support the world-class program as we work towards the Paris 2024 Olympics.”

The interview panel consisted of:

Hot weather something different for both Super Bowl teams