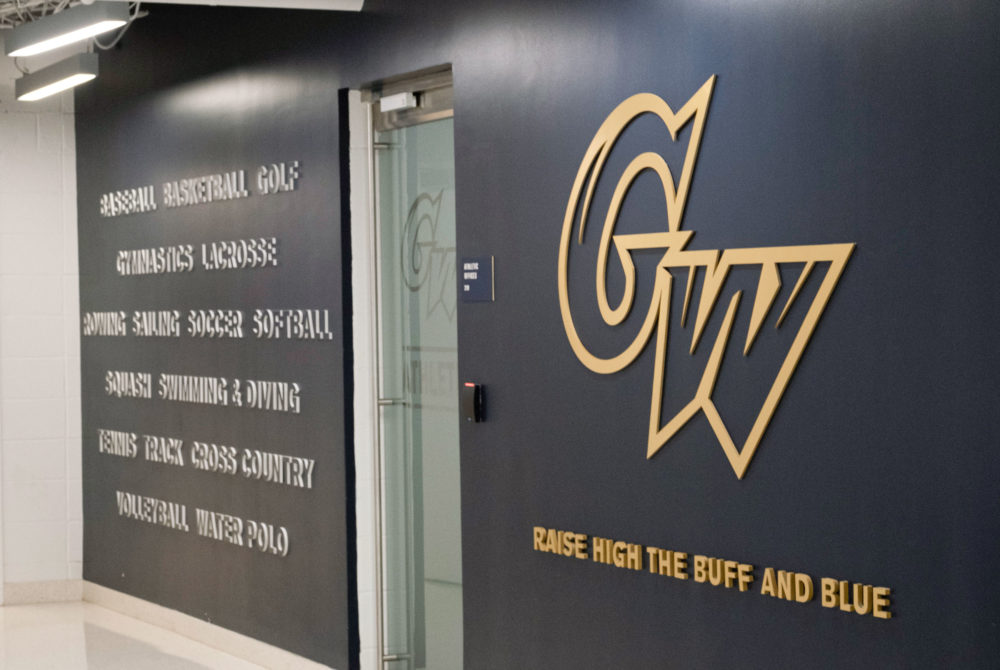 The Athletic Department’s Buff and Blue Fund Challenge raised more than $ 350,000 this calendar year as officials completed the challenge for the first time since 2019.

Officials said in a press release last month that the fund raised donations from more than 1,200 donors after officials suspended the program for the past two years due to the pandemic. Assistant development director Danielle Grobmyer said 426 of the donors were former athletes while more than 200 were parent donors.

“It simply shows how important our alumni are, our student athletes, parents and then also our friends and family,” said Grobmyer. “As everyone says, it takes a village and this is a prime example of how many different groups come together to unite under GW Athletics and show how strong we are and what a force we are.”

Last year’s Together We Raise Higher fundraiser, launched to help student athletes cope with the effects of the pandemic, raised $ 136,764 from 376 donors. In the final version of the Buff and Blue Fund Challenge in 2019, the fund raised $ 166,521 from 849 donors with help from Michelle Rubin, president of GW Athletics’ advisory board.

The men’s baseball and water polo received the most funding in their respective divisions for the challenge, earning $ 7,000 each, while the men’s rowing and gymnastics received the second highest amount at $ 3,000 each. Women’s basketball, men’s cross-country skiing, and athletics were each awarded US $ 2,500 as “Most Improved Teams”.

Grobmyer said the fundraiser usually starts in the spring, but this year the department decided to start fundraising in September to benefit from the start of the fall season. She said the challenge attracted more than 1,100 donors in the first week alone, partly due to the postponement last year.

She said this year’s challenge has been moved to a new platform called GiveCampus, which the university used for their first Giving Day, which raised a total of $ 969,993 from 2,182 donors on April 7th, a campaign “for baseball dedicated to the Team brought in income.

“We knew the platform would really help make it better, and it definitely did,” said Grobmyer. “And the great thing about GiveCampus is that when you give a gift, you immediately see how the number changes. And I think that’s why our donors really responded. “

Grobmyer said the virtual operation during the pandemic contributed to the department’s benefit, as alumni could be more easily connected to coaches and more than 50 different virtual events were held between the different teams and their alumni between March 2019 and September 2021 to promote engagement to initiate. In previous years, the challenge was only aimed at student-athlete families and student-athlete alumni, but this year the department has opened it up to everyone.

That year, Rubin donated $ 20,000 in additional funding to the sports programs. Grobmyer said the funds will be allocated to the Buff and Blue Challenge winners to be used at their own discretion.

Gymnastics and water polo also topped all of the programs in the most dollar raised category. This time gymnastics took first place and men’s water polo took second place. Each team receives an additional $ 3,000 and $ 1,000, respectively.

While water polo and men’s gymnastics usually did well with fundraising. Grobmyer said the lacrosse program has been “strengthened” over the past two years with the help of head coach Jennifer Ulehla and the student athletes to increase alumni engagement.

This year their work paid off as lacrosse took first place in the most donor category, followed by baseball in second place. Lacrosse and baseball will receive the remaining $ 4,000 and $ 3,000 for their programs.

Jason Pappas, associate professor in the Department of Sports Management at Florida State University, said the challenge indicates that alumni from less professional sports are more open to donations.

“If you’re a student athlete in a sport that doesn’t normally have opportunities to play professionally, you’re more likely to use all of the other things that are available to assist you in your career,” said Papas.

Pappas said the institutions usually focus on high-profile alumni who can give a large amount back to the university. He said Florida state sports officials are focused on providing special tickets or privileges for alumni in exchange for donations.

“I think it’s nice to see that the alumni were so excited to give something back to a sport in an institution that cared so much for them that they made the importance of their sport a top priority even though these student athletes didn’t were. “while COVID can play sports,” said Pappas.

This article appeared in the November 1, 2021 issue of Hatchet.