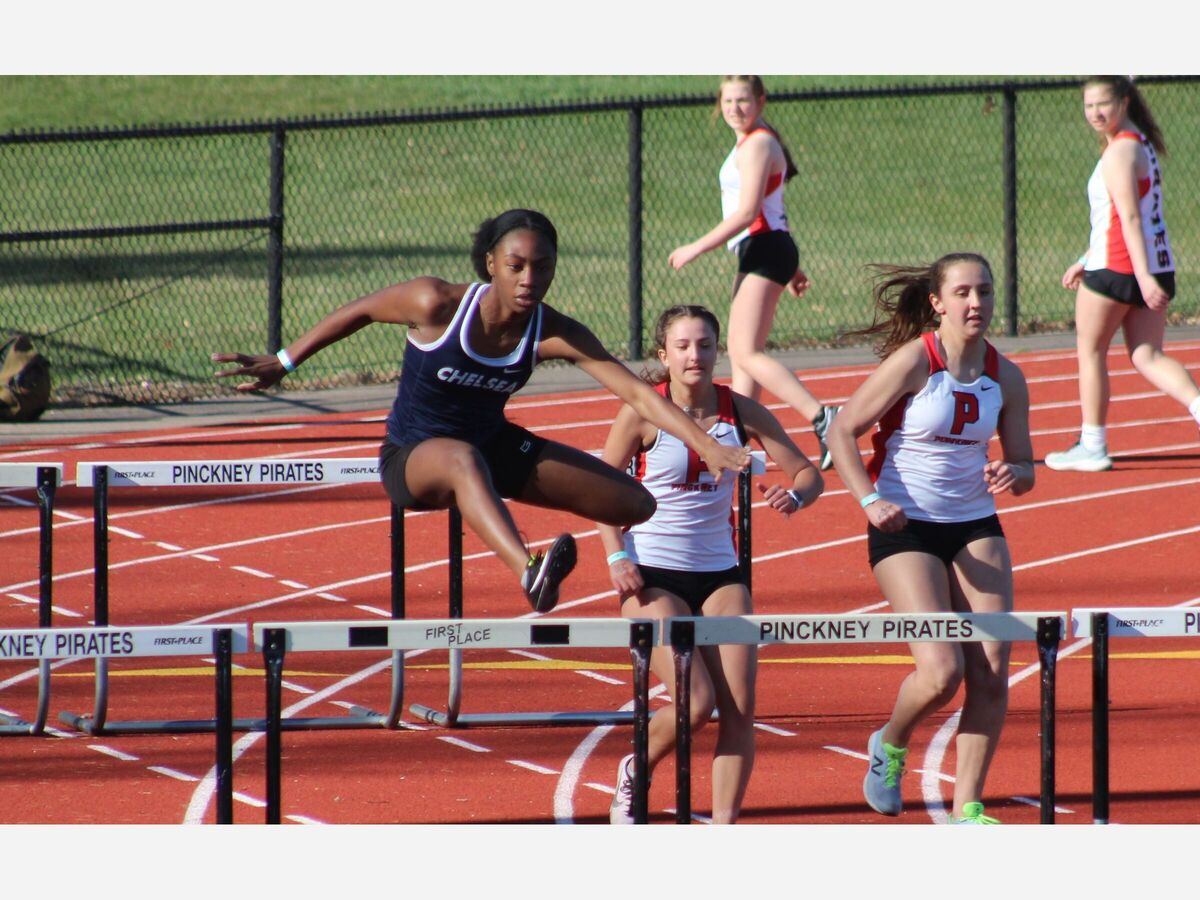 Chelsea’s track and field teams held the SEC White Finals on Friday and both finished in second place.

The girls finished with 144.5 points just behind Tecumseh with 153.

The Bulldogs had 13 athletes who earned All-SEC honors with top-three finishes, led by Leila Wells in three events. Wells won the 100 hurdles with a PR time of 15.82. She ranks second in Division 2 in the event going to Regionals. She also finished second in the 300 hurdles with a PR and third in the 200.

Ava Woodard won the throwing events with a PR of 34’05 in the shot put and won the discus throw.

The 4×100 team consisting of Molly Mannor, Eva Dewaele, Aleya Smith and Wells finished second. Mannor was second in the 100 hurdles and third in the 300 hurdles.

Connell Alford won the 3200 and finished second in the 1600 to lead the Bulldogs. He was also part of the 4×800 team that finished third with Jackson Dell, Nick Spruce and Zebedee Swager.

Ryan Scott won the shot put and was third in the discus, and Parker Olk won the pole vault.

Brandon Snyder won the long jump and was part of the 4×100 relay that finished second with Colin Wacker, Andrew Sherwood and Nick Fisk.

Aiden McGuire was second in discus, Sherwood third in 100, Bram Hartsuff third in 3200 and Andrew Hilbert third in 300 hurdles.