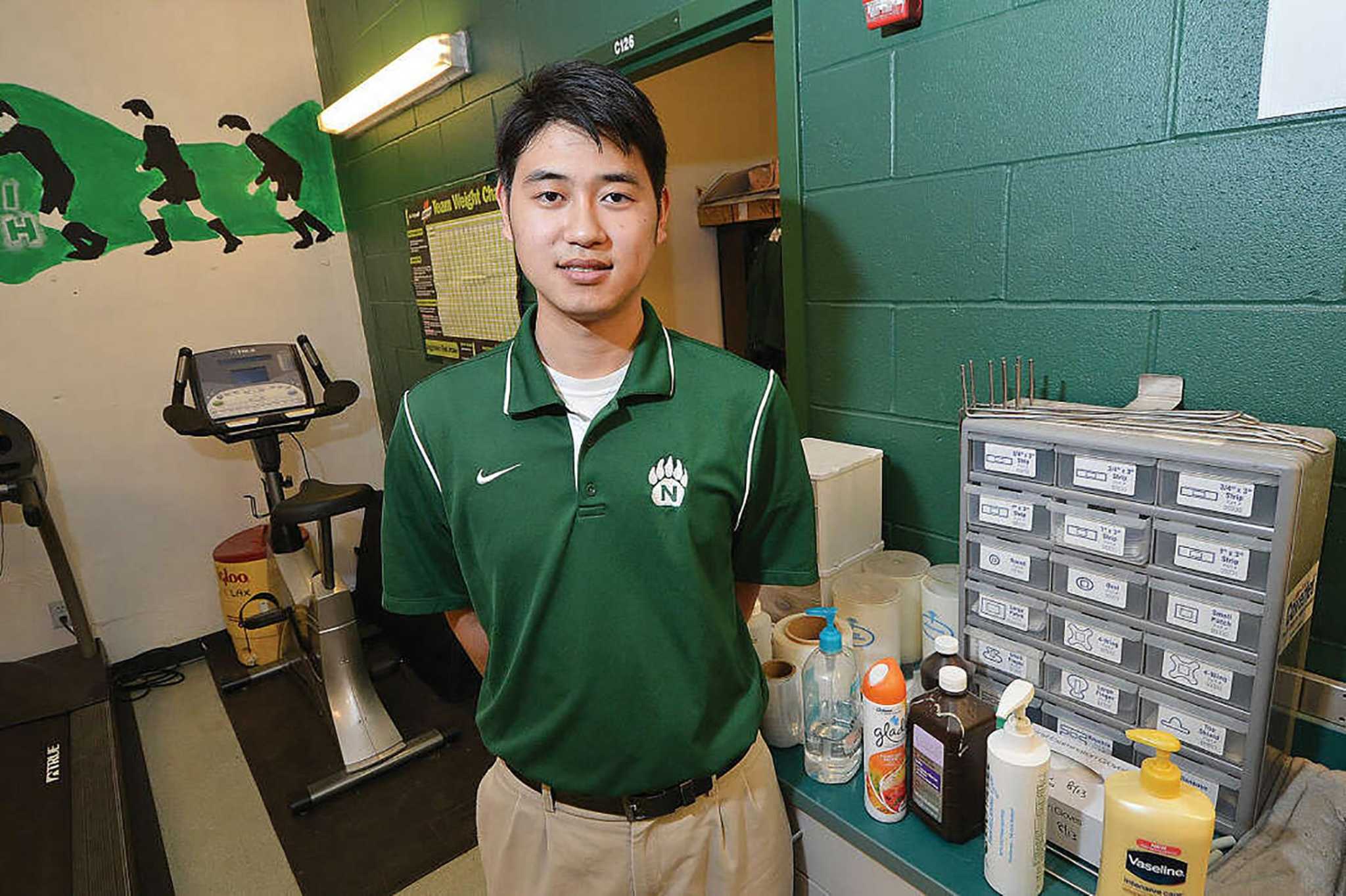 Eleven years were definitely not planned.

When Masayoshi Shoji joined Norwalk High as a physical education coach in 2011, his course was to “stay for a few years” before returning to grad school.

Those plans have certainly changed.

“The few years turned into eleven,” Shoji said. “The main reason I stayed was because of the people I met at Norwalk High. The community, the people and the kids – I just made a connection.”

Now the time has finally come for a change as Shoji said he is moving back to Japan where his family lives and will try to start a new chapter in his life.

Thank you Masa Shoji for all you have meant to our sports program. Your professionalism, dedication and unparalleled care for our student athletes will never be forgotten. We wish you and your family all the best for the next chapter in your life! pic.twitter.com/PuQBBu6v7l

From Norwalk Baseball: “Proud to call (Masa Shoji) a friend, colleague and fellow bear. His dedication and love for the student athletes and coaches within NHS Athletics has been unwavering across THOUSANDS of games/fights/matches and THOUSANDS of hours in his training room.”

proud to call @shojimasa7 a friend, colleague and a fellow bear. His dedication and love for the student athletes and coaches within NHS Athletics has been unwavering through his THOUSANDS of games/matches/meetings and his THOUSANDS of hours in his gym… love you man! #COME https://t.co/KFZkSsmyAe

From Norwalk Girls Lacrosse: “There aren’t enough thank you’s that could truly express our gratitude for (Masa Shoji). The backbone of all our sports programs.”

There aren’t enough thank yous that could truly express the gratitude we have @shojimasa7. The backbone of all our sports programs. https://t.co/4PXmZnEngT

“For me, Masa was the heart and soul of our athletic department during my time as athletic director and during his 11 years at Norwalk High School,” Marchetti said. “He is so much more than a sports coach. I tease him all the time. I tell him: “You wear so many hats. You are a psychologist, consultant, sports trainer.

“The kids just have so much respect for him and it reflects the respect he has for them and the work he does with them.”

Shoji, who was born in Detroit, said he had a love for sports from a young age. His parents were born in Japan, where Shoji attended middle and high school after his father’s job required the family to relocate.

He played basketball in high school and on Japan sports teams throughout the school year.

“In Japan, we only play one sport for school and we play all year round,” Shoji said. “I like how things are going here. They have a regular season – 20 games for basketball, soccer, 15 or 16 games for soccer – that’s set in such a way that you have something to look forward to. In Japan, all tournaments were official games, so if you lose, you’re done.”

Shoji said he was injured multiple times and as he went through the process of getting back into action, the connection with sports training “clicked”.

“I love playing and watching sports, and on the other hand I also had an interest in helping other people,” he said.

He was able to work for and learn from a chiropractor while in school and had an older friend who became a trainer and helped advance his course. He studied Athletic Training at Stony Brook University and joined the Innovative Health and Rehabilitation Clinic in Norwalk in 2011 and then Norwalk High.

As he made connections at Norwalk over the years, Shoji said the most important thing when dealing with children is to listen.

“The biggest thing for me was listening to what they were saying, processing the information and seeing if I could understand and relate to it,” Shoji said. “That worked.”

“He always gave everything and was always there for our children,” said Marchetti. “When he had to work overtime, he did so on behalf of the children and that was greatly appreciated.”

While wearing the coaching cap, Shoji quickly became a huge Bears fan and was often asked by athletes which teams he liked to watch the most.

“I used to tell them ‘Whoever tries,'” Shoji said. “Whoever doesn’t give up and gives everything on the field, on the pitch or wherever, that’s my favorite team. That has always been my answer and that lever is changing.”

Shoji credited Marchetti with his support.

“It comes from the top with Mr. Marchetti,” Shoji said. “His support was always there and it made my job and duties as an athletic coach run smoothly.”

By the fall, someone new will have taken over the position of athletic trainer at Norwalk, and the relationship-building process will begin anew.

“These relationships don’t happen overnight, they don’t happen automatically,” Marchetti said. “So it’s going to take a little time for a new person to settle in and build those relationships and those trusts. I am confident that we will bring the right person up front.

“But to replace Masa? We’re going to have a new athletic coach, I don’t know if we’ll ever replace Masa in terms of what he means to our kids and our program.”