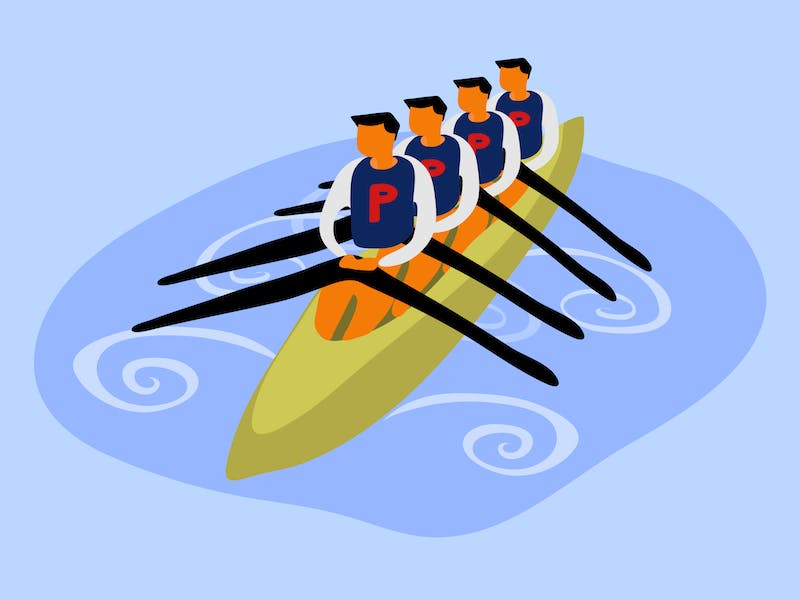 The Daily Pennsylvanian is a student-run nonprofit organization.

Please support us by deactivating your ad blocker on our site.

Boat A beat second-placed Harvard by just under two seconds, as third was almost 30 seconds behind

All three of Penn’s rowing teams spent the past weekend in Boston taking part in the famous Head of the Charles Regatta. After last year’s cancellation, over 11,000 rowers traveled to compete on the three-mile course when the regatta returned.

The highlight of the day was the men’s lightweight Fours A boot.

Although the team had not headed the Charles Regatta for two years or competed in many other teams due to COVID-19, it continued the success of the Penn program in 2019. Led by junior helmsman Sammi Janower, senior Jorke Kooijenga, runner-up John-Wesley Appleton and newcomers Daniel Ward and Zachary Bort, the team again won gold in a field of 13 boats.

Both lightweight boats got off to a strong start and the A-boat led for a large part of the 4,800 meters of the race. At the end of the race, the A-boat was in a head-to-head battle with Harvard and eventually emerged victorious. Penn’s final time of 16: 29.246 led Harvard by just under two seconds and led the rest of the field by almost 30 seconds, with Colgate finishing third with a time of 16: 57.192.

“[The team] has made a lot of good progress and done a lot of good work, “said Colin Farrell, the Penn men’s lightweight coach.” We were more focused on ourselves and wanted to perform well. ”

The team will seek to continue their remarkable performance at the Princeton 3-Mile Chase, hosted by Princeton University on November 7th.