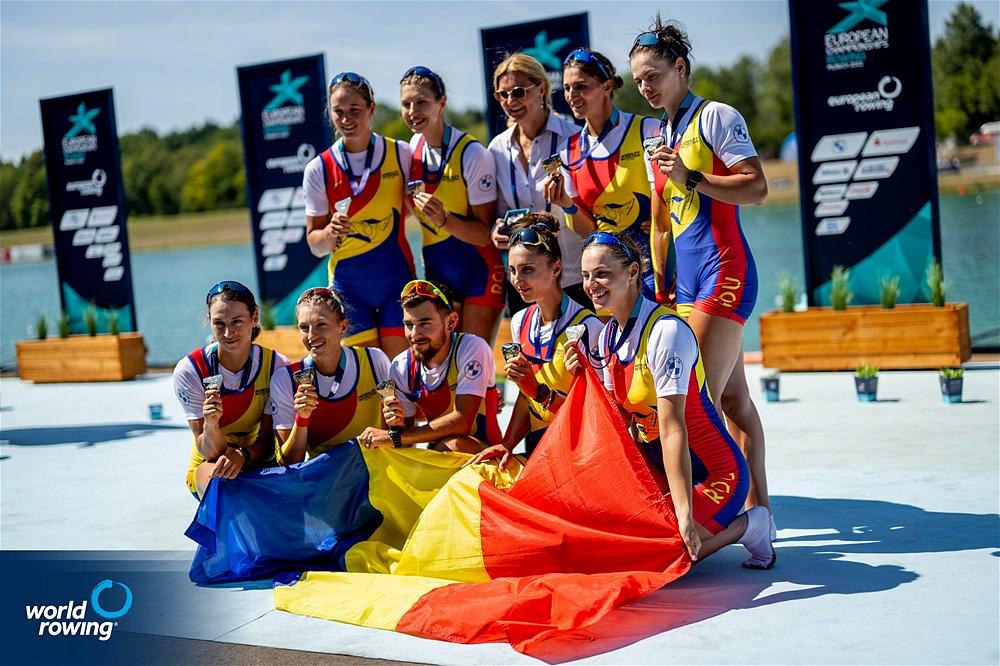 Team Romania won a total of five gold and three bronze medals at the 2022 European Rowing Championships, held August 11-14 in Munich. The team’s impressive performance was enough to place them second in the list of the most decorated teams in the competition, losing to Britain’s record of six gold, three silver and one bronze medals.

Competitors from the women’s category team lead the field, collecting four gold and one bronze medals. Ionela Cozmiuc split a second ahead of Zoi Fitsiou of Greece and Martine Veldhuis of the Netherlands in the women’s lightweight division.

In the women’s eight, Team Romania, made up of Magdalena Rusu, Iuliana Buhuş, Ancuța Bodnar, Denisa Tîlvescu, Mădălina Bereş, Amalia Bereş, Ioana Vrînceanu, Simona Radiş and Adrian Munteanu, had the highest score against Great Britain and the Netherlands last day, while Ioana Vrinceanu and Denisa Tilvescu won the women’s doubles. In the women’s doubles sculls, Ancuta Bodnar and Simona Radis finished just seven seconds ahead of runners-up Roos De Jong and Laila Youssifou of the Netherlands on Final A Day.

Nonetheless, the excellent results have cemented Romania’s reputation among the heavyweights of reigning Olympic and European champions.

Romania has a strong tradition in rowing competitions, especially in the women’s categories. Romanian rowers have brought the country 20 Olympic gold medals over the years. The President of the Rowing Federation, Elisabeta Lipa, is one of the most successful Romanian athletes of all time with five Olympic gold medals.