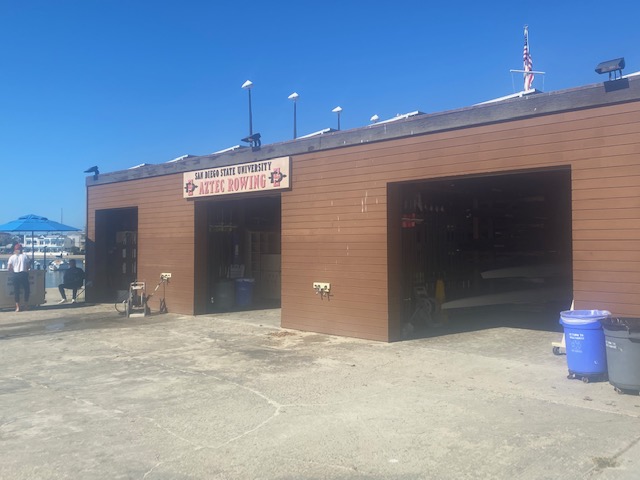 In November 2020, San Diego State announced it would be cutting its women’s rowing team, citing financial hardship brought on by the COVID-19 pandemic Compliance with gender equality.

Now many athletes affected by this decision are fighting back with a federal class action lawsuit.

On February 7, seventeen current and former SDSU athletes filed a federal class-action lawsuit against the university, alleging that SDSU violated Title IX of the 1972 Education Amendments by depriving women of equal federal financial assistance. Eleven of the 17 plaintiffs were former members of the rowing team, while six are current members of the track and field team.

The lawsuit seeks to have SDSU compensate athletes for lost financial support, meet the future requirements of Title IX, and end discrimination against female athletes.

They are also represented by Bailey and Glasser, LLP Haeggquist & Eck, LLP and Casey Gerry.

Arthur Bryant, a partner at the law firm Bailey and Glasser and an attorney representing the athletes, said SDSU has long failed to provide adequate financial support to its athletes.

“So, basically, it’s, ‘Look, the school cheated its female athletes out of over half a million dollars a year of equal athletic support in violation of Title IX,'” Bryant said. “This has to stop…it [the university] must repay the women the value of the financial aid she should have given them. That is what this aid case is about.”

Regarding the lawsuit, SDSU released a statement citing its high number of grants awarded to both male and female athletes, while also expressing disappointment at the “incomplete picture presented by plaintiffs’ attorneys of the support and achievements of SDSU student-athletes.”

Title IX is a civil rights law that requires schools to provide equal financial aid to male and female athletes in proportion to their participation rate.

For example, if 60% of all athletes at a school are women, that school must give as close to 60% of the sporting financial support as possible.

According to Bryant, this proves that SDSU clearly violates Title IX.

“It is clear that under the law there is a strong presumption that there is sex discrimination,” Bryant said.

The losses only continued last year. In 2020-2021, the 305 female athletes wearing an Aztec uniform accounted for 57.22% of all student athletes.

The complaint also discloses the amount of financial support each athlete received during their time as an athlete compared to the average cost of attending SDSU. The total price for state residents was $28,142, while the price for non-residents was a whopping $39,320.

Instead, athletes only received a partial amount. Some even received as little as $800 for their books, while others received no athletic financial support at all in certain years.