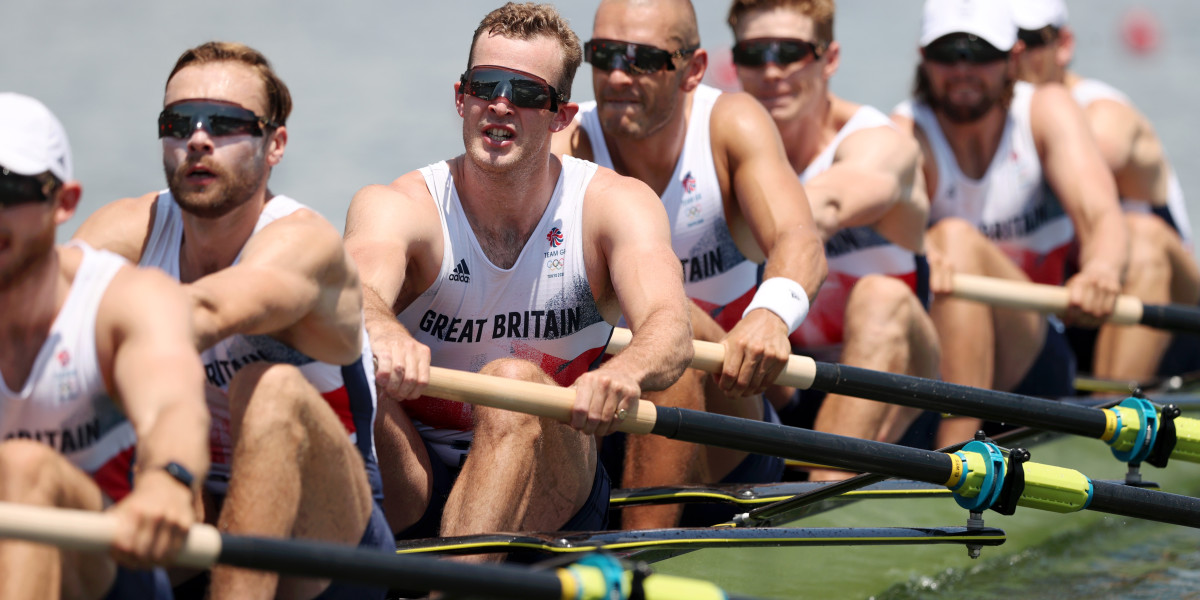 Five rowers from Team GB head to the Tideway from Tokyo

The Boat Race returns to its rightful home on the River Thames with a quintet of British Olympians in tow in both the women’s and men’s races.

Their oars had barely left the choppy waters of Tokyo’s Sea Forest Waterway when four medalists turned their attention to their sport’s oldest and greatest race.

Including two of the strongest rowers in the world, Tom George and Ollie Wynne-Griffith.

After winning Olympic bronze together in the eights, they sit side by side in the Cambridge boat and are aiming for a fourth consecutive win in the men’s.

“Boat racing is a lot like gladiatorial combat and I like that,” Wynne-Griffith said. “It’s a whole different challenge, a new adventure that’s really exciting.

“The last four years have been very uniquely focused on the Olympics. I felt like I needed a little more mental stimulation and something different.

“It was good for me personally, but also in terms of sport. For that I will be a stronger athlete in Paris.”

Wynne-Griffith sat in the sixth seat on his Olympic boat and will sit a little further back, in five, on the Putney-Mortlake voyage.

The move might seem tiny, but a change of sides has caused the 27-year-old to rewire his rowing.

“It’s like learning to brush your teeth with the wrong hand,” he explained.

“If you’ve ever picked up a razor and tried to shave with the other hand, it’s like everything suddenly went the wrong way.

“It was really fun and gave me new energy mentally. It’s a bold move and I don’t think I would have done it had I stayed with the team.”

George and Wynne-Griffith have been inseparable for a while – they were in the same year at Radley College and lived together while training for Tokyo.

They competed for the British Trials in November and won by a margin of more than ten seconds.

Racing each other for four years while attending Princeton and Yale was the only time they had clashed.

“It’s pretty cool how our travels are intertwined,” George said.

“It’s great that Ollie can be counted on to talk about things and I have a feeling he feels the same way. We fully understand how each other works and we are an anchor for each other.”

“Ultimately we both come back to win in Paris and that’s all part of the journey there.”

Tokyo silver medalist Angus Groom will try to turn the tide for Oxford.

It turns out that the frantic finale will be his last international race and the boat race his last dance, setting him up for bigger challenges in the professional world.

“What I am most grateful for in rowing is the skills it teaches you to communicate with people,” Groom said.

“It forces you to work very closely as a team in a way that other areas of life can’t. I look forward to applying these skills to my career as a scientist.

“I’m working on a genetics project studying the very early stages of leukemia – I’m still pretty green in the lab and I need to work out my direction and rowing will help me with that.”

Groom in the Oxford line-up is joined by Charles Elwes, who was the surprise package in the men’s eight last season.

The 24-year-old took advantage of the Games’ postponement and ousted Matthew Tarrant, winning European gold and an Olympic gong in his first senior season.

In the women’s race, Imogen Grant will have more fire in his stomach than most of those starting on Sunday.

Grant, who will pet the Cambridge boat to continue his dominance, just missed out on a medal in the women’s lightweight doubles.

She crossed the finish line with Emily Craig just 0.01 seconds from a medal.

“I had a few sleepless nights thinking about what ifs,” she said.

“If I can hit a shot that takes me an inch on race day, that can definitely be the difference between winning and losing. I am definitely thinking of that here.”

The nature of the beast is different – these five will ride 6.8km of curves and streams instead of 2km in a straight line.

“It’s a different vibe,” Wynne-Griffith said. “But we’re still going to insert our blade at the front end and take long, hard blows at high speed.

“I’m only there to work 20 minutes and throw myself into a hole, really.”