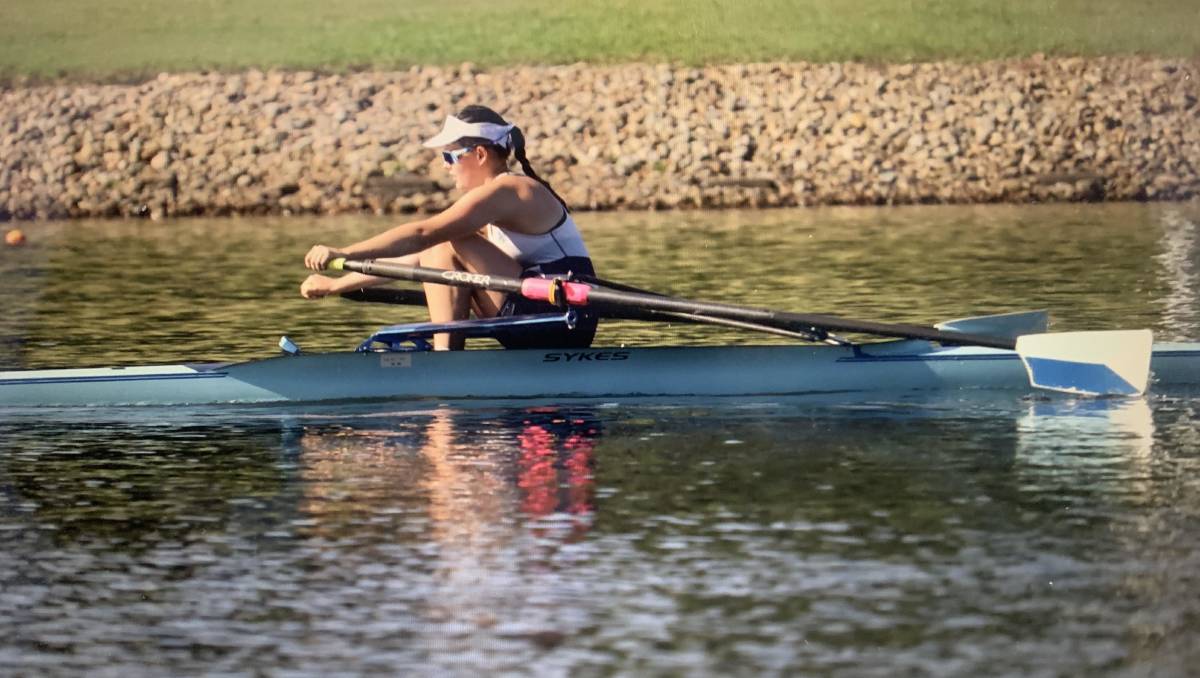 Hannah Richardson from Mandurama and her Kinross Teammates enjoyed their most successful NSW Rowing Championships in history.

The school sent 39 athletes to the event, which was held at the Sydney International Regatta Center and won seven gold, four silver and five bronze medals, was ranked the best school in the state and finished third behind rowing clubs Sydney and Sydney University.

Richardson picked up two gold, one silver and one bronze and was thrilled with the experience.

“I think it was a really good way to boost morale within the team to have such a successful participation in the regatta across the board,” she said.

“There were a lot of highlights but I think it was the support the Kinross team has for each other. When kids weren’t racing, they stood on the sidelines and screamed until their voices were hoarse to cheer for the other crews that were racing.”

This was the 12th grader’s final opportunity to compete in the championships as a member of the school. This played a big part in her competing for the Championship Schoolgirl Single Scull title – and eventually winning it.

“I honestly didn’t believe it. Especially the gold in the single really surprised me,” she said.

“I was really nervous going to this event and a couple of weeks before I wasn’t sure if I would even attend. I think after the first couple of races it calmed the nerves a bit and just came into focus.”

17-year-old Richardson was her last year at Kinross and was delighted to see a range of emerging talent emerge at the Championships.

“I was so impressed, especially with the performance from the younger years,” she added.

“It makes me happy to be leaving the squad because I know we have some strong rowers in the younger years to continue the Kinross legacy of kids who want to come out and get the job done.”

Send us a letter to the editor using the form below