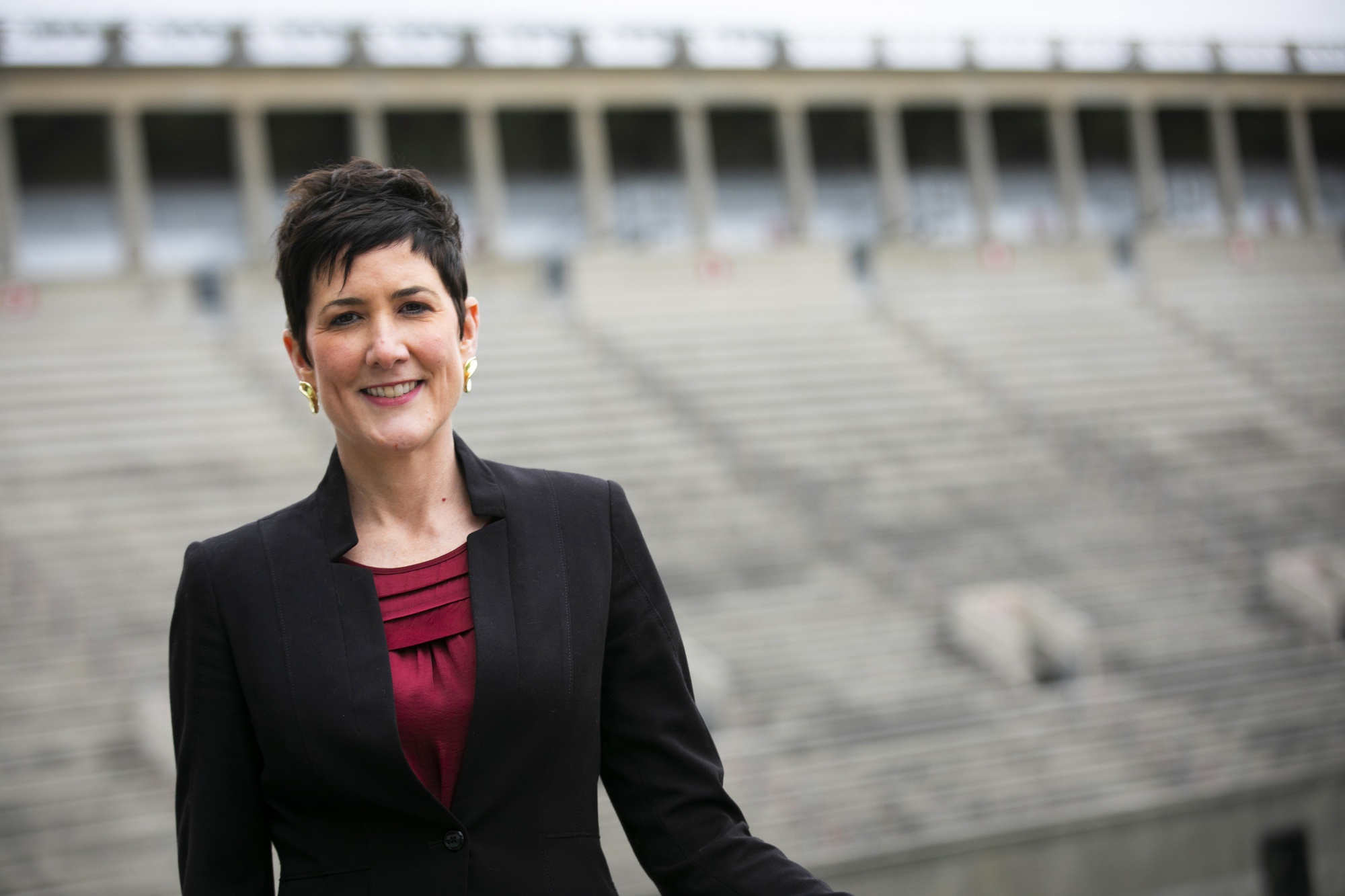 Harvard Athletics director Erin McDermott said in an interview Friday that a full return to in-person athletics “means everything” for student-athletes.

After a four-season hiatus, Harvard Athletics resurfaced last fall with a busy schedule of competition, including normal travel and training. McDermott said the homecoming was marked by success and excitement for student athletes training under Covid-19 restrictions.

“While it’s certainly still challenging in some ways, coming back fully in the fall was so noticeable,” McDermott said. “I was just walking around and meeting up with teams and was so happy to see their joy.”

McDermott said the sport’s halt has sparked a renewed appreciation among student athletes.

“They appreciated the fact that they were together so much more,” McDermott said. “They were with each other, they were with their coaches, they trained and they played, and I don’t think I’ve seen people happier to train in my life.”

McDermott attributed the recent success of Harvard’s varsity teams to that feeling, even after a year without much training.

Many of the Harvard teams made their mark this year. The women’s basketball team heads to the Ivy League Championship on Friday, and the women’s ice hockey team recently won a bid for the NCAA tournament. The men’s volleyball team also won the Ivy League championship after back-to-back wins.

While the return was filled with joy, it wasn’t without its hiccups. Student-athletes have reported mixed experiences of the impact of Covid-19 on the athletic experience at Harvard, citing postponed competitions and difficulties with team bonding.

Amid the Omicron wave, Harvard has rolled back its indoor viewers policy. McDermott called this a necessary step to maintain the overall continuity of the competitions.

“It’s had a big impact on the teams who were really looking forward to just having the normalcy of people at their games and we’ve been able to do that all fall so it felt like we were taking a step back in winter back,” McDermott said. “But it was all in an effort to retain the ability to keep playing and moving forward.”

McDermott said she is grateful that the safety measures in place have enabled athletics to avoid a complete standstill so far. Some measures include regular testing, take-away meals when traveling to competitions, and a mask requirement at sports facilities for those not actively training.

“When we started this year, we really had this main priority and goal of maintaining the protocols in a way that at least as much as possible would preserve the ability to compete,” she said. “I’m very grateful that was the case — we didn’t quite stop.”

– Staff writer Justin Lee can be reached at [email protected]

A Look At Sport’s Response To The Russian Invasion |