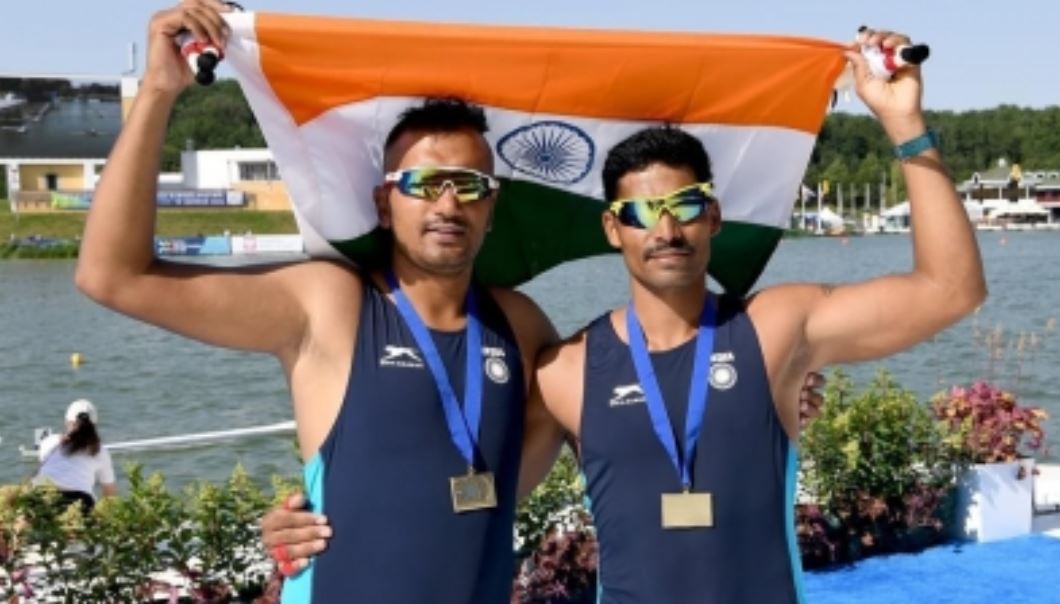 
Bombay: India won a bronze medal in the Para Rowing competitions at World Rowing Cup 2 2022 in Poznan, Poland and placed third in Final A of the PR3 Men’s Coxless Pair event.

Indian duo Narayana Konganapalle and Kuldeep Singh won the bronze medal with a time of 7 minutes 33.35 seconds in the event held at Lake Malta in Poznan on Saturday.

They finished third behind the pairs of France, who set a world-best time of 6:52.08, and Ukraine with 7:29.20, according to the Rowing Federation of India.

After a new world best time (7:07.6) in the test race on Friday, Jerome Hamelin and Laurent Cadot from France improved the record again. The time of 6:52.08 is the first sub-7 minute performance in this 2000 meter event.

Back in the pack, Ukraine’s Andrii Syvykh and Dmytro pushed their bow to the silver position ahead of third-place finishers Narayana Konganapalle and Kuldeep Singh of India, closely followed by Italy.

The Men’s Quadruple Sculls (M4x) will row in the Finals B, as will the Indian A Team in the Lightweight Men’s Pairs (LM2x).

(Except for the headline, this story was not edited by Sambad English staff and was published from a syndicated feed.)