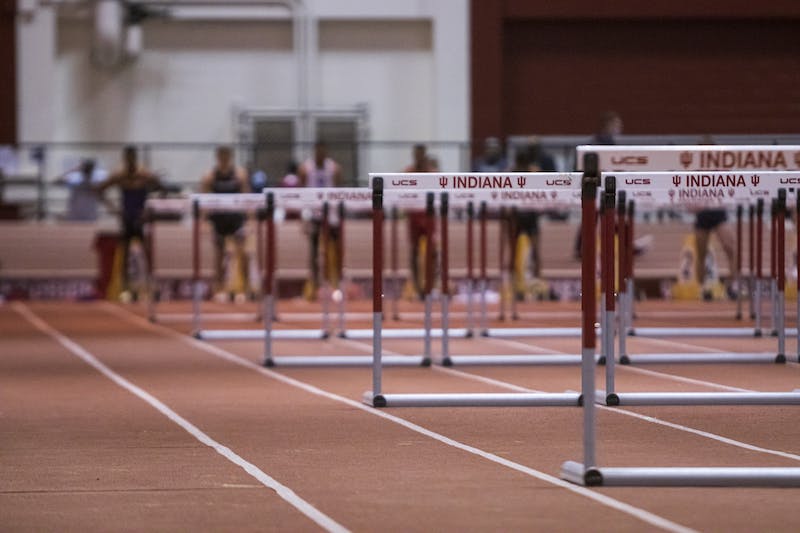 Indiana Athletics is sending four individual players and one relay team to the NCAA Indoor Track and Field Championships in Birmingham, Alabama on Friday and Saturday.

On the women’s side, the lone Hoosier will be senior distance runner Bailey Hertenstein, making her national competitive debut in the mile race. Hertenstein, a Cross Country All-American and second-team All-Big Ten honoree on the indoor track, holds a personal record of 4:35.22 at the event.

Junior pole vaulter Nathan Stone will be the only Hoosier competing in a field event. Stone, a native of Indianapolis, was a second-team All-American in the 2021 indoor season and overcame a height of 18 feet and finished ninth overall at the 2021 NCAA Championships.

With Hertenstein, Marshall, Benton and Raymond all making their NCAA championship debuts, head coach Ron Helmer emphasized the importance of relying on their training to handle the pressure.

“You have to be who you are,” Helmer said. “The environment is getting pretty intense, but you’re here because you deserve to be here and you’ve run the times you needed to qualify.”

However, two Hoosier All-Americans know a lot about staying calm when the lights are at their brightest. Veatch, who will also compete in the 3000m, and elder Rikkoi Brathwaite, who will compete in the 60m, have already appeared on the national stage.

Helmer said Veatch and Brathwaite’s experience allows them to serve as mentors to those who have not yet competed under the pressure of a national championship meeting.

“The older guys have a responsibility to help the younger guys get through it,” Helmer said. “The boys who have been here have learned what they need to learn to deal with this environment and it’s up to them to show the younger ones how that should be.”

The first event the Hoosiers will compete in is the men’s pole vault on Friday at 4:00 p.m. and they will finish with the women’s mile on Saturday at 8:00 p.m. Both Friday and Saturday events will stream on ESPN.