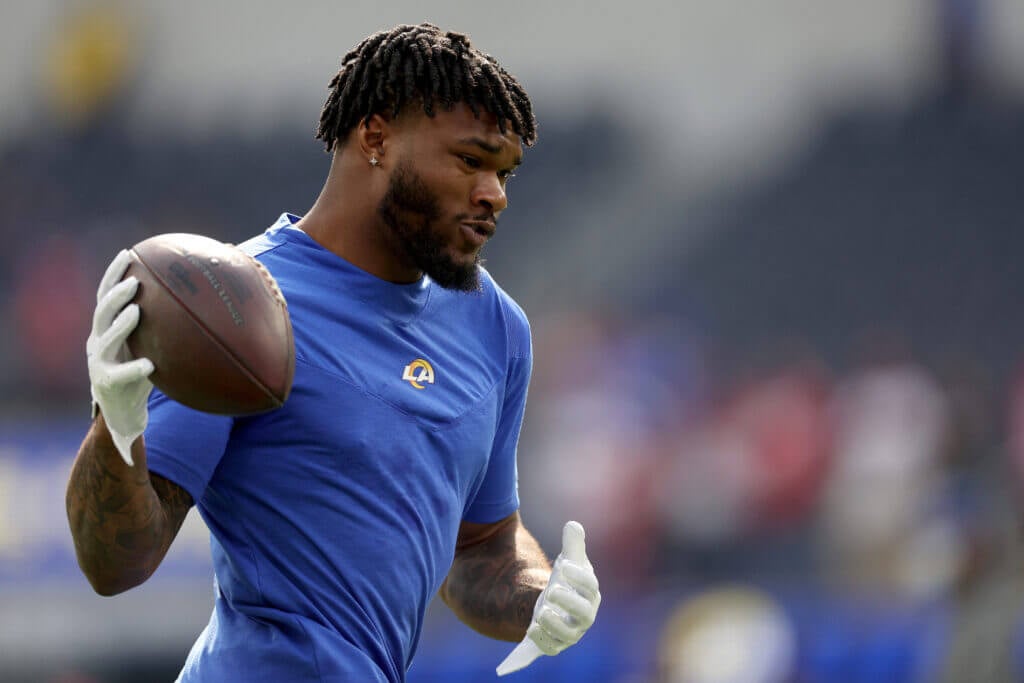 Cam Akers recalls all too clearly the tug and pop he felt on the back of his right leg as he jumped out of the box in July.

He remembers the stabbing pain that erupted from his leg and the fear that flooded his brain. He remembers falling to the ground and starting to sob.

Akers recalls first picking up his phone to call his mother and then calling Reggie Scott, the Rams’ vice president of sports medicine and performance, who asked him to come to the Rams’ training facility in Thousand Oaks, California, for an emergency evaluation , get .

Scott remembers the look on Akers’ face all too clearly as he got out of his car. He recalls Akers’ limp as the returning Rams, which had begun to bloom as he geared up for his second season, slowly came his way.

When Scott and his associates examined Akers, their worst thoughts were confirmed: Akers had completely torn his Achilles tendon and they needed immediate surgery. He arranged a meeting with the team that would ultimately work out Akers’ recovery plan: Scott, team surgeon Dr. Neal ElAttrache (who once repaired Kobe Bryant’s torn Achilles tendon), Byron Cunningham, Director of Rehabilitation, and Tyler Williams, Director of Exercise Science.

When Akers had surgery, he decided to put the tears behind him to chase another emotion. He looked at Scott and simply said, “Let’s roll.