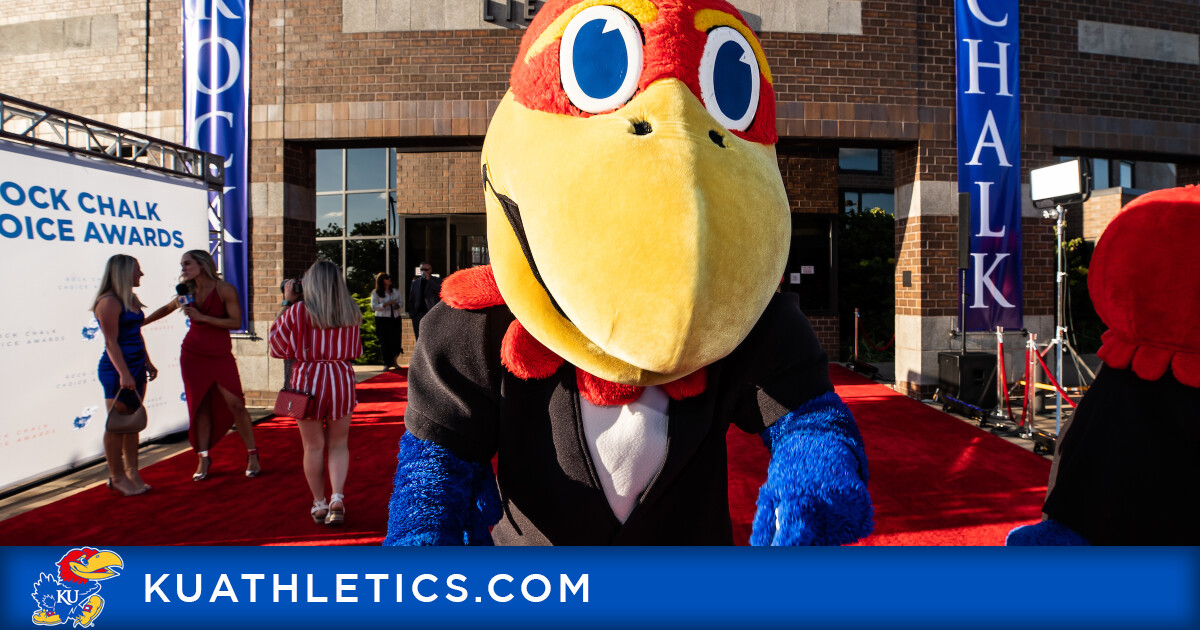 The program included the award ceremony by the student-athletes, a special recognition on September 11, and a presentation by former Kansas track teammates Denesha McCuin and Andrea Norris to mark the 50th anniversary of Title IX. Also, Travis Goff, sophomore director of athletics, addressed the crowd.

“What a great night, ‘Hawks. Momentum is very real and we are so excited for what lies ahead in 2022-23 and beyond. This is definitely a night to celebrate the past year, but it’s also a night to look forward to. Our ambition is high and the things we want to achieve are ahead of us, I don’t know if they can be measured. We believe in each of you individually and in the course of all our programs at the KU.”

Throughout the night, four “Rock Chalk Moment of the Year” nominees were introduced to the audience, who would then vote on the winner, who would be announced at the end of the show.