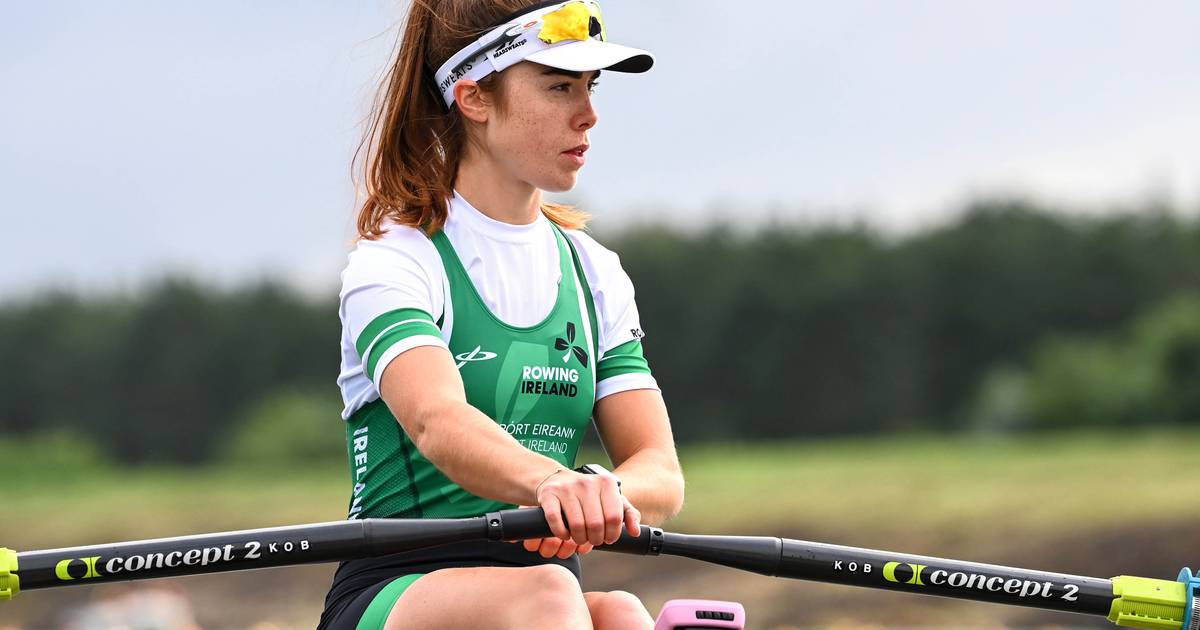 Katie O’Brien has already set the trend. By winning the gold medal in the para-women’s singles at the World Rowing Championships on Friday morning, she sparked an imminent Irish medal frenzy over the weekend in Recice, Czech Republic.

The Galway rower was on the water in Recice in one of the nine para-rowing classes, and her victory was absolutely convincing too, taking the four-boat final from the start and winning by 10 seconds over Australia’s Kathryn Ross. who was the fastest qualifier.

Making the most of the calm conditions, O’Brien was steadfast in her effort, finishing in 9:25.23, which contributed to the bronze medal she won at the last World Championships in Linz in 2019.

The 26-year-old from Clarinbridge falls out again in another final on Saturday, joining Steven McGowen in the Para Mixed Doubles (12.05pm Irish time).

A little earlier, Zoe Hyde and Sanita Puspure secured their spot in the A-final of the women’s doubles sculls, finishing second behind the Dutch side and always looking set to claim the top three qualifying spots. Her final will take place on Sunday (12:54 p.m.).

The other three of the five A-Finals still featuring Irish crews are scheduled for Saturday and the most important of these are once again Paul O’Donovan and Fintan McCarthy.

They may not have it all their way, but there’s little to suggest the Skibbereen pair won’t win another gold medal in the men’s lightweight doubles sculls (1.23pm) and win their big-court semifinals earlier in the week.

In the women’s lightweight doubles (1.07pm) Margaret Cremen and Aoife Casey also underscored their medal potential by finishing second in their semi-final dominated by the Great British Crew.

Also going into the final (1.39) and looking good to fight for the medals is the Irish women’s foursome, reunited after winning the Olympic bronze medal in Tokyo. Emily Hegarty, Fiona Murtagh, Eimear Lambe and Aifric Keogh finished second behind the Great British Crew, also claiming a podium finish.