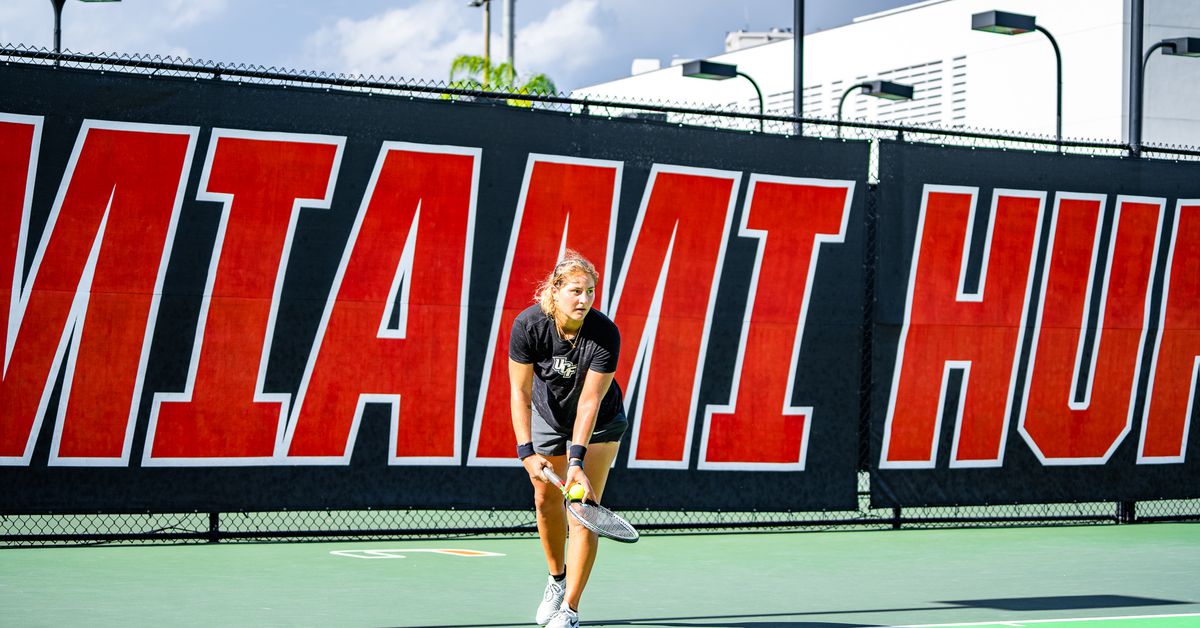 This past UCF Knights sports week, two teams were selected for NCAA postseason tournaments and two other teams completed their regular seasons. We also nominate the knight of the week for your latest knight’s cap for Thursday 5th May 2022.

The No. 41 Crimson Tide finished their season 15-11 and included Loudmilla Bencheikh at No. 66 and Petra Sedlackova at No. 68. Sedlackova is also part of the doubles alongside Anna Parkhomenko at No. 52.

Both the Knights and Tide are up 2-2 all-time.

The game between the Knights and Crimson Tide begins at 10 a.m. on Friday.

Should the Knights win, they would play the winner from Miami (FL) and Stetson on Saturday at 1:00 p.m. UCF is 1-1 in previous NCAA tournament bouts with the Hurricanes and 2-10 overall. On the other side are the Knights against Stetson with 27:27 all time.

The UCF men’s golf team was selected Wednesday for its first NCAA regional tournament as a team since 2018.

The 68th-ranked Knights will be No. 11 in the New Haven Regional Tournament being held at Yale May 16-18.

Competing alongside the Knights are North Carolina, Texas Tech, Wake Forest, Illinois, NC State, Charlotte, North Florida, Georgia Southern, Mississippi State, Virginia, Seton Hall, Yale and Sacred Heart. This is the 6th time UCF and North Florida have competed in the same tournament this season, but the first since the Knights defeated the Ospreys by two shots in Augusta, Georgia last month.

The team comes from an AAC conference tournament where the team placed 4th and had three golfers in the individual top 10. Two of those golfers, Johnny Travale and Teddy Tetak, were unanimously elected to the All-Conference team.

The UCF baseball team held on to North Florida’s 8-5 win on Tuesday to win the season series 3-2.

The Knights led 7-1 after six innings thanks to homers from 1B Ben McCabe, 2B Tom Josten and DH Andrew Sundean. Josten contributed a second time to the runtotal with an RBI double.

By the end of the 6th inning, starting pitcher Cameron Crain and reliever Jacob Marlowe were already limiting the Ospreys to just one run. Crain even kept all 13 batters he faced hitless.

However, North Florida was able to mount a four-run rally in the 8th inning to reduce the Knights’ lead to two runs (7-5).

SS Noah Orlando gave UCF some breathing room in 9th thanks to his 4th goal of the game that brought CF Gephry Pena home for an RBI single.

William Saxton then came on to end the game and made his 2nd save of the season.

The UCF track and field team attended its final meeting of the regular season hosted by North Florida this past weekend in Jacksonville, Fla.

The team returned to Orlando with a quartet of podiums and many more personal records broken. For the full results of the meeting, see the UCF Athletics Day One and Day Two Recaps.

Among the highlights of this weekend:

– Jasmine Scott-Kilgo took bronze with a 6.10m best jump in the long jump.

– Adrienne Adams won a silver medal in the discus throw with a best throw of 53.53 meters (175 ft 7 in). It’s Adam’s third podium at the event this season

– Rayniah Jones ran her best time this season in the 100m hurdles with a time of 12.79 seconds, 0.06 seconds off her personal best. It was enough for a silver medal that finished 0.11 seconds behind 2020 Olympian Brittany Anderson of Jamaica.

Both Jones and Adams were recognized by the AAC for Tack and Field Athlete of the Week, respectively, making it the second consecutive week that two Knights athletes have won the honor.

Now the Knights have two weeks off to practice for the American Athletic Conference Outdoor Track and Field Championship, being played May 13-14 in Wichita, Kansas.

The Knights’ only victory came in the final race of the Invite, when the third boat of the Varsity Eight, piloted by Sofia Soria, earned a victory over Minnesota.

For the full results of the Iowa Invite, please see the UCF Athletics Results PDF or Summary.

Now the team is preparing for the American Athletic Conference Rowing Championship, which will be held on May 15 in Oak Ridge, Tennessee.

Knight of the week:

Marie Mattel was selected as the 116th-ranked automatic qualifier to the American Athletic Conference for the NCAA Women’s Tennis Singles Championship, according to an NCAA.com press release Tuesday.

If she plays, it would be the third consecutive season that a UCF player has played at the tournament, with Mattel being the fourth such player in program history.

Mattel is currently going into the team tournament with a 13-5 record in individual games and a 2-2 record against top national opponents.

The tournament is scheduled for May 23-28 in Champaign, Illinois after the conclusion of the team championship.

Mattel was also unanimously elected to the AAC All-Conference Team. She was joined by her main partner in doubles, Evgeniya Levashova.

‘Travel rewards are often more lucrative than cash back.’ Take this 5-question quiz to see if a travel rewards card is right for you