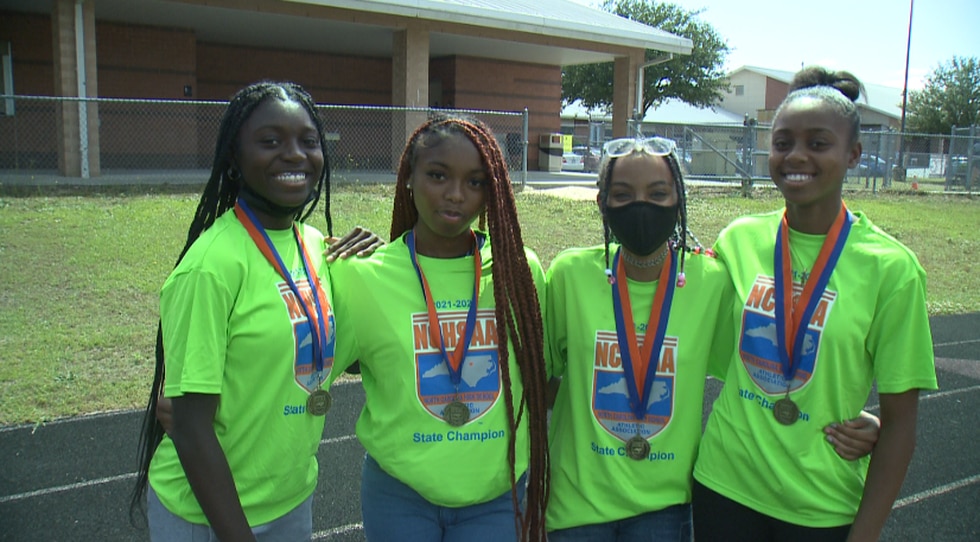 “It’s a great finish, we came in for the gold and we got the job done so it was really exciting, I’m glad to be doing it with the guys,” says South Central’s Cooper Kleckner.

“Basically, I just wanted to show up for my team and make them proud that we managed to get gold,” says South Central’s Matt Riggs.

“The heat was killer and it’s definitely affecting us, but it was good that everyone was dealing with the heat and we still ran an insanely good time,” said Falcons Elliott Kleckner.

“It was a lot of pressure because I didn’t want to lose the gap and I would love to lose,” said South Central’s Mario Delgado. “I’m glad I didn’t.”

South Central also had a state champion relay and the girls 4 x 200.

“I was always told not to sprint all the time,” says South Central’s Kya Walker. “Make moderate amounts. I was so nervous I forgot everything my coaches taught me throughout the season.”

“Oh, I sprinted all the way,” says Falcons Kayla Smith, “and I’ve had more.”

Unlike the boys, they had to wait. They were in the so-called slower heat.

“It’s a wonderful feeling to be in States and it’s running and you can watch them run. So we went to Coach Parker and he could only guess what he was, how you all won,” said South Central’s Kiarrah Williams. “Then Coach T went mad, he went mad. It was still a good feeling.”

Congratulations to all local track and field champions.