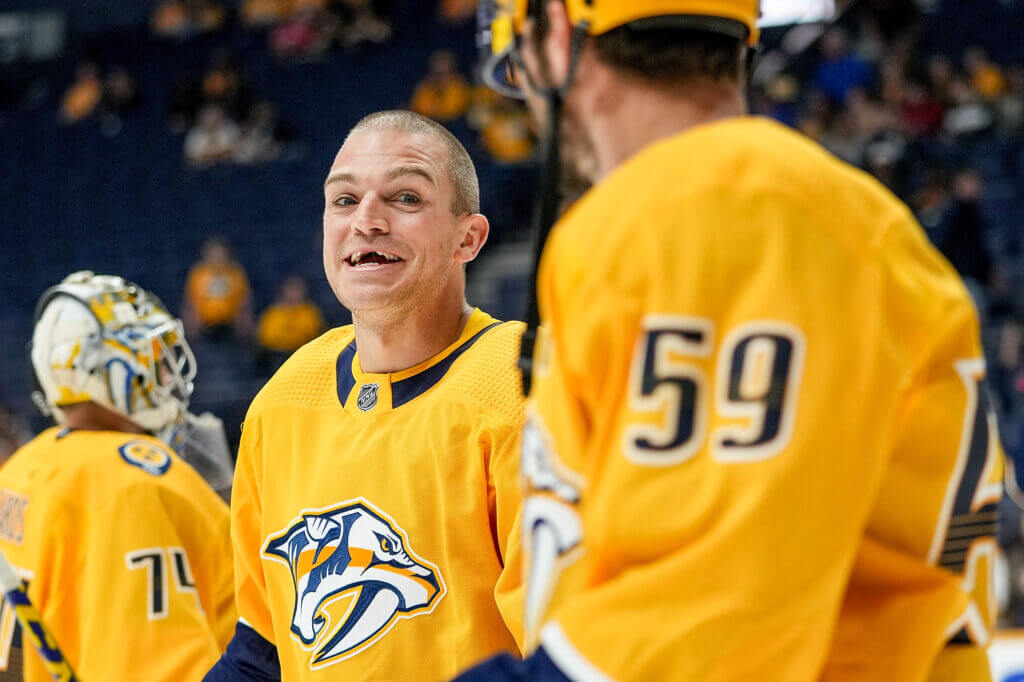 Mark Borowiecki was alone with his thoughts.

The Predators defender was physically and mentally trapped in the Amalie Arena penalty area on January 30th. He began to twitch in his seat as fear and intense feelings of shame consumed him.

Borowiecki watched helplessly as the Tampa Bay Lightning transformed after the power play that resulted from his hooking penalty.

“When they met, it was just too much for me,” said Borowiecki. He left the box and rushed to the locker room, where he vomited.

Against his better judgment, Borowiecki returned to the game, battling heavyweight Lightning striker Patrick Maroon and receiving an unsportsmanlike conduct penalty after throwing a late punch.

“I was just in a very dark place,” said Borowiecki. “I had this urge to hit someone or hurt someone. (It was) the wrong way to deal with it. … I knew that at this point I needed help to get back on track. “

Borowiecki, 32, suffered a panic attack in Tampa that night. It was the end result of a few stressful months during which he had his first experience of unrestricted freedom of action and contagion with COVID-19.

For the majority of his 11-year NHL career, Borowiecki has struggled with what he believes to be generalized anxiety disorder and the pressures normally associated with being a professional athlete.