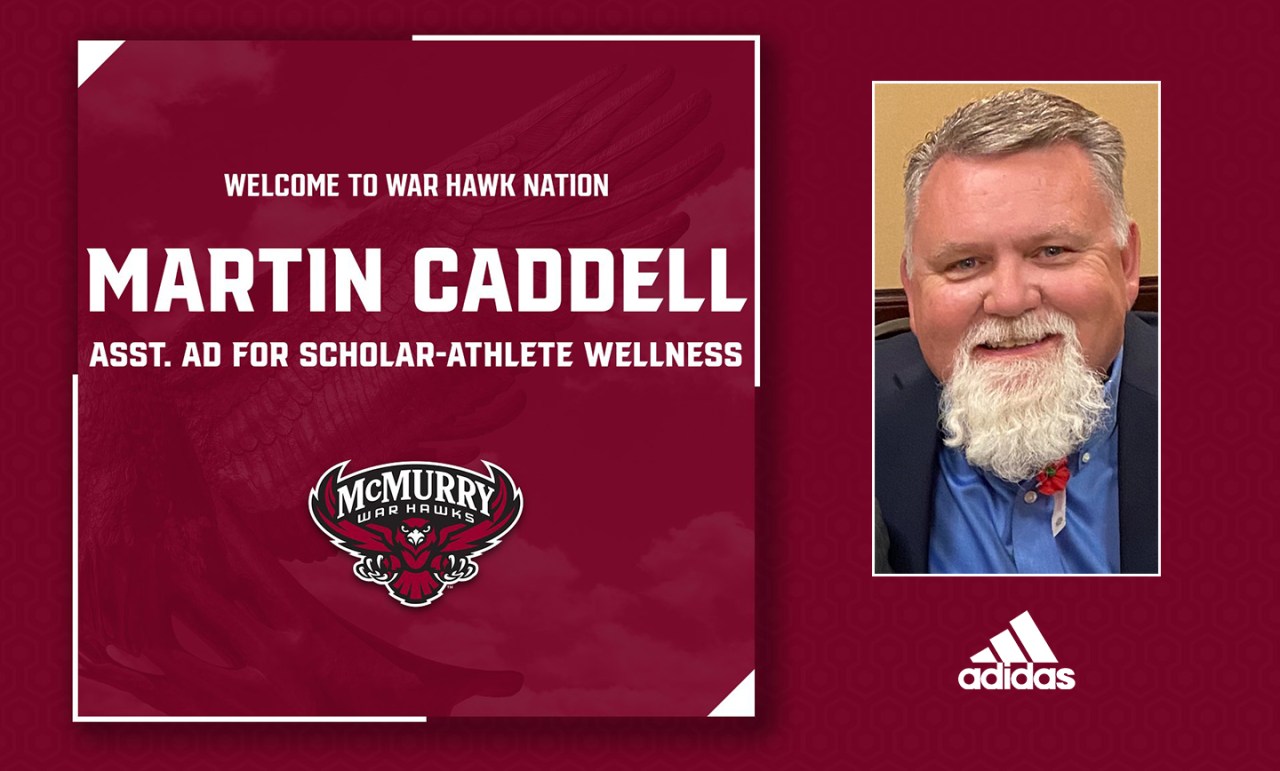 ABILENE, Texas — Martin Caddell, one of Texas’ most prominent names in athletic training, decided it was time to come home — once again.

Caddell takes over for Charity McCright, who is returning to her alma mater – Tarleton State University – after six years of service to McMurry.

“Martin is an outstanding athletic coach and administrator who exemplifies the values ​​of McMurry University,” said Ferguson. “We couldn’t be more excited to have him on our team. During the search process, three things became very clear to me and those who met with Martin. He is committed to serving our academic athletes and improving their safety. It was also evident that he will be a great partner for our coaches while also supporting our academic athletes. Finally, he made it clear that he wants to be a part of what we are doing here and that he is excited to join us in our mission of “Developing Champions for Life”. Martin is joining a talented group of athletic trainers and I’m excited about it. Our student athletes are in good hands!”

A graduate of nearby Abilene Christian University, Caddell’s athletic training career began in 1995 at Alief Elsik High School – then the largest 5A school in Texas.

In 2011 he was offered the opportunity to become a practice manager at ABJ and worked there until 2017.

Caddell currently serves as the Head Athletic Coach at Hale Center High School in Hale Center, Texas, where most of his family currently resides. During his time at the Hale Center, he established the school’s first student athletic training program.

“I just want to express my excitement at being able to join the McMurry community,” Caddell said. “I want President Dr. Thank you to Sandra Harper and Vice President Sam Ferguson for allowing me to play such an important role at McMurry Athletics. I’m particularly looking forward to building great relationships with the coaching staff as well as the McMurry student-athletes. I also really appreciate the work and dedication that the Athletic Training staff has already put in and look forward to working with Alli, Kelly and Sean.”

During his time at Abilene, Caddell became intimately acquainted with McMurry University – he served on the Athletic Director’s Advisory Board from January 2015 to August 2017. He also cherishes many of the relationships he formed during his time in the Big Country and looks forward to rekindling those this semester.

“The opportunity to return to Abilene, which I have called home for almost 30 years, is very humbling,” he said. “Renewing my working relationship with Dr. Jeremy Britten is something I hold in high esteem. dr Britten and I will work quickly to assemble a sports medicine team that will help cover any aspect that our learned athletes may encounter.”

Aside from Caddell’s athletic training and healthcare experience, from 2018 to 2020 he and his wife owned and operated The Cave Men’s Grooming — an upscale hair salon that provides men’s haircuts, facial hair work, manicures, pedicures, and basic waxing services.

Caddell plans to complete his role at Hale Center High School by March and hopes to join the War Hawks around spring break.

“My wife Brandy, my daughter Cassidy, a senior at Texas Tech, and our son Canyon, a junior in high school, couldn’t be more optimistic. Finally, my faith in God has never failed me. It’s just incredible that he’s bringing me and my family back to Abilene where I have so many friends. Let’s go, Warhawks!”