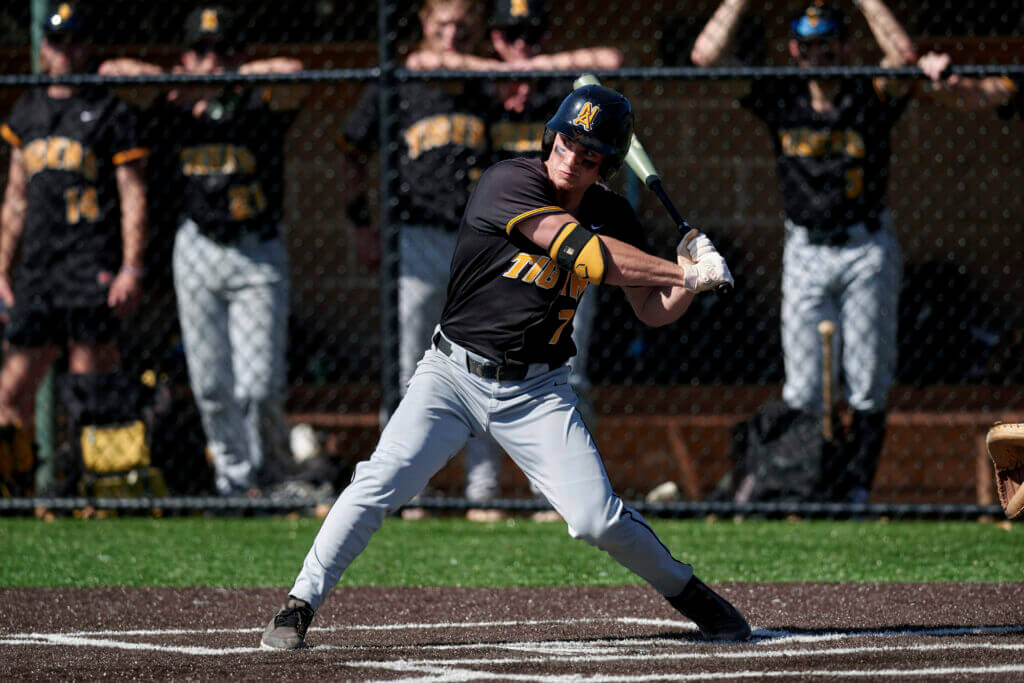 PITTSBURGH — Cole Young burst onto the national stage as a baseball player before he was a teenager.

Young was a four-year starter shortstop at North Allegheny High in Wexford, Pennsylvania. During his freshman season, he signed to Duke. Last winter, many of the big-league Boy Scouts who had bird-watched Young at travel ball tournaments began visiting his suburban Pittsburgh home for long, quiet talks.

When the MLB draft begins on July 17, Young is expected to be a first-round pick but has nothing special planned for draft day. He plans to get together with family and friends and watch the first round on TV.

When Young hears his name, there will be a loud celebration. If not, he still has a scholarship to Duke and another shot at a first-round payday in a few years.

“It’s all about perspective,” Young said. “I see it as just playing the game I love. All that other stuff, the scouts and the mock drafts and whatever, it’s all just part of the process. I won’t let them stop me from having fun.”

Six Pittsburgh-area players were first-graders from high school. The pioneer was Bob Gorinski (Mount Pleasant), who went to the Twins in 1970 as the 22nd pick. The youngest was Austin Hendrick (West Allegheny), whom the Reds picked at No. 12 in 2020.

Most notable is Neil Walker (Pine-Richland), who the Pirates picked at #11 in 2004. Walker retired last year after 12 seasons in the major leagues and is now a pirate broadcaster.

A few winters ago, Walker attended a training facility run by his buddy Frank Velasquez Jr., the former Pirates strength and conditioning coach. Young happened to be there to train.

“Neil came up to me and said, ‘Who is this boy, Cole Young? Can you introduce me to him?’” Velasquez said. “I took over Neil and Cole’s jaw just dropped.”

Young has often been compared to Walker. “It’s super cool because I grew up watching Neil (with the Pirates) play,” said Young, who lives 20 minutes’ drive from PNC Park.

Young and Walker became high school baseball stars in a football-mad town. Both have body types that belie their tremendous athleticism. Both have quick smiles and easy-going personalities.

They met in an indoor cage that day and then exchanged phone numbers. Through lyrics, Walker relayed advice on preparing the draft. Young often trains at No Offseason Sports, a facility about 25 minutes northeast of Pittsburgh that Walker co-owns.

“Cole has a very advanced baseball mentality,” Walker said. “He’s not like a normal 18-year-old. He thinks about things I didn’t think about until I was 22 or 23. He’s very specific, like, “I’m trying to stay in the middle of the field with a fastball, toward left center. I want to be in front with the breaking ball. This is not a normal thought process for such a young child.”

Young, who turns 19 at the end of this month, has a sneaky pop in his racquet but he’s not obsessed with creating leverage. He was a switch hitter in the youth leagues but now only swings from the left – a center-to-left, center-gap hitter with really good hands that can make quick adjustments from one pitch to the next.

Although he has played for regional and national touring teams, Young has never worked with a hitting coach. No optimizations, no overhauls. It’s pretty much the same swing he honed years ago on a homemade field in his backyard.

“I used to play wiffle ball every day as a kid, and I think that’s where my swing developed,” Young said. “I got into (organized) baseball and just kept swinging. I never really thought about getting a batting coach. I’ve kept the same momentum and don’t really think about it too much.”

As a freshman at North Allegheny, Young batted .414 in 25 games with three home runs. After that season, his father, Rick Young, decided it was time to get serious about strength training and contacted Velazquez.

“Cole is like Neil Walker, a little shorter but built the same way,” said Velasquez, who worked for the Pirates from 2002 to 2011 with bulging muscles. But he’s an athlete, man.”

Young’s brother, Blake, is five years his senior, and Young got into baseball by coming to his little league games. When he started organized leagues, Young typically played against older boys.

“He was always the smallest kid out there, even when he was traveling around the age of 12-13,” said Rick Young. “He was the smaller guy when they huddled on the infield. It’s always been like that. He doesn’t win every race but I think his athleticism has helped him.”

The Ripken Futures Game in 2012 was Cole Young’s first national all-star event. At the time, he was playing for a regional touring team based in Altoona, Pennsylvania. “I was definitely a lot shorter than everyone else,” Young said. “Everyone was huge, even at 12 years old.”

Beating two Grand Slams against each other didn’t make Young taller or stronger, but it did raise his profile across the country. Eventually, he signed with Canes Baseball, an elite traveling team based in Fredericksburg, Virginia.

“I’ve always tried to challenge myself, whether it’s in the weight room, in the batting cages or on the field,” Young said.

the athlete‘s Keith Law projected in his 2.0 mock draft that the Tigers will pick Young with the 12th pick. Baseball America’s latest mock draft brought Young to the Padres at number 15. MLB Pipeline’s Jim Callis predicted the Reds would take Young at number 18.

Young attended the MLB Draft Combine in San Diego last month and also participated in small group practice sessions for the Padres and Royals. He’s spoken to some people from the Pirates who have the No. 4, but Young hasn’t trained for them at PNC Park.

“He doesn’t care which team drafts him,” Young’s mom, Jo Anne, said. “Of course he loves the pirates, but who knows?”

Walker knows there are challenges to being a draft pick in his hometown.

“When I was drafted, there was no Twitter, no Instagram, there was hardly any video of minor league games,” Walker said. “It’s a different world now. So, in my opinion, maybe it would be better not to get drafted here, for no other reason than because there would be more pressure that would come with it. Still, I would love to see him in this organization. I think he would be a great asset.”