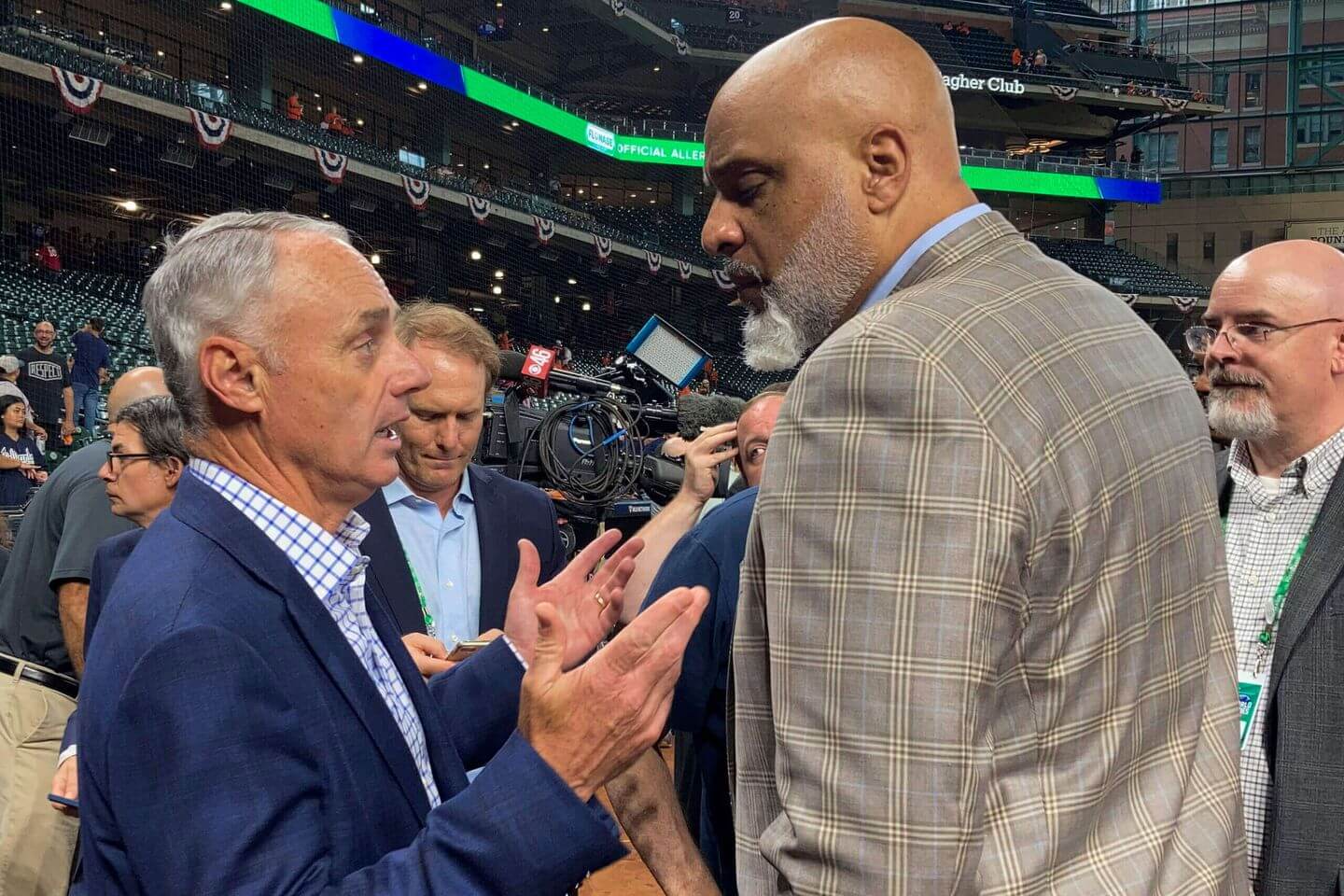 MLB Lockout: Owners Say Willing To Miss Games For Month: Sources; Derek Jeter is stepping down as CEO and owner of Marlins

Have you read a good book lately? man, there are so many. Dostoyevsky, Didion, Avni Doshi. The library lends them out for free. Open one and find yourself transported.

Do you owe an old buddy a call? Curious about the NBA playoff picture? Haven’t given up on your New Year’s resolution to learn to cook yet? You can do all these things on March 31st. You can fry pork chops or start The Idiot or catch Bucks-Nets on TNT. You can consume one of those comedies that don’t tell jokes but make you feel vaguely better. They can do so much of what we need to sustain and distract us.

It looks like you won’t be able to watch Major League Baseball on this last day of March. Not if Commissioner Rob Manfred carries out his threat to the MLBPA and cancels opening day, which his office has insisted he will do if a new collective bargaining agreement cannot be struck by Monday. The MLB-imposed deadline will make official what Manfred’s 30 bosses have been telegraphing for the last three months: Owners don’t care if you want to watch a full season of baseball.

A seventh day of the staring competition took place in Jupiter, Florida on Sunday. While an MLBPA official highlighted the rift between the two sides, an MLB official called the latest round of talks “productive.” That framed the dynamic quite well: every day closer to Manfred’s arbitrary endpoint Monday, every day closer to the ballers not getting controls is progress for the owners.

The collection of shipping magnates and real estate moguls and boys born to successful fathers who control America’s pastime would prefer there was no baseball on opening day, maybe no baseball in the early weeks of April, than games that force them to the primary to pay workers better wages. That the guaranteed salaries for these jobs sound pretty comfortable — most fans would rather be a baseball catcher than a baseball consumer or even a baseball columnist — is immaterial. That the union has slept at the wheel for years and woken up wondering how the industry ended up in a ditch isn’t worth rehashing.

That’s what the owners did.

The owners have arranged for this closure. The owners waited 43 days to make a proposal. Owners have refused to cater to players’ relatively modest demands for a fairer slice of the industry’s huge revenue pie. Players are ready to increase the pie by watering down the playoffs and smearing ads on their uniforms. They just want to be paid better. The union is not fighting for a revolution; They are asking for an increase in the cost of living.

That’s all. That’s it. And the reason baseball isn’t happening, the reason camps are closing, is because this legal monopoly — the sport’s stewards, who have refused to pay minor leagues minimum wage, and contracted partners and the Drafts have shrunk in recent years – not doing so will pay players a bit more.