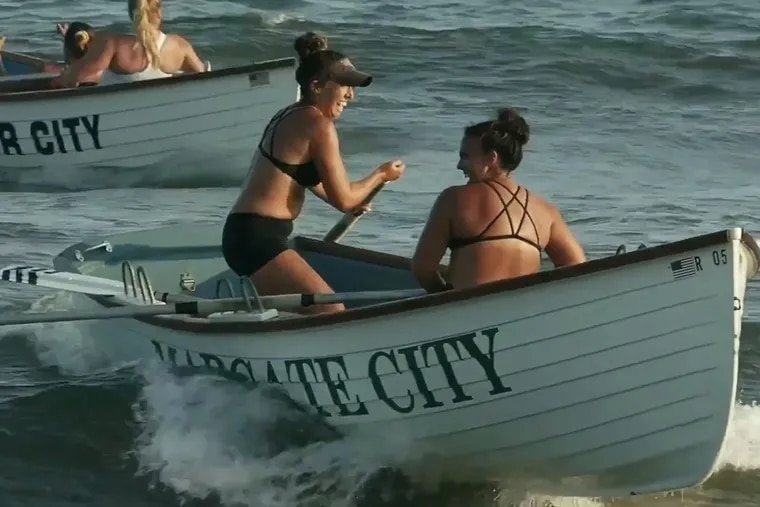 Colin Stewart, 24, a former lifeguard from Strathmere who now has his own production company, Five Tribes Cinema, covered the South Jersey Lifeguard races live this summer his YouTube channelusing drones and powerful lenses to capture what can seem like a mysterious competition just watching from the beach.

Two of the premier races of the summer, the Bill Howarth Women’s Lifeguard Invitational in Ventnor on August 10 and the South Jersey Championships in Longport on August 12, will be produced in a one-hour package and aired on NBC Sports Philadelphia in the fall.

It’s a heady moment for the popular and highly competitive lifeguard races, a popular and competitive sport for participants and viewers all summer long, but an exciting tradition that has rarely received the attention of a television program, complete with interviews, expert commentary, and Audio from the races.

His company, Stewart said, will “film the parts of the race that almost nobody sees.”

He will provide expert commentary from Meghan Holland, a Ventnor Beach Patrol lieutenant and veteran competitor, and others.

“We have two or three drones out there, one wide-angle, one for different views and crews,” Stewart said. “We come down very far on the track. Competitors love it for the coaching aspect. Last year we got a lot of flag spins. You can see the angle, see how you can take it better.

On his YouTube channel, Stewart said, “People from all over the world were watching.”

Stewart said he began filming crew races for the Philadelphia Scholastic Rowing Association in 2020 when parents were barred from going to the races because of the pandemic.

“They said, ‘Could you bring a camera?’ We brought a drone,” he said. “People seemed to like that coverage, so we figured we’ve got all the gear for it, why not do a lifeguard race?”

The lifeguard races pose similar problems for spectators on the beach as the team races do for the people lining up on the Schuylkill, he said: “No one really knows what’s going on unless the competitors are right in front of them.

“It’s the same problems as the Schuylkill,” he said. “You are standing on a beach, perpendicular to the racetrack. You only see the beginning, you only see the finish.” The drone footage can also help settle contentious finishes, such as this summer’s Atlantic City Lifeguard Classic when, he said, “only one boat crossed the finish line because they all made mistakes” and a boat in a far out lane thought she had won.

Local lifeguard race boosters are campaigning for coastal rowing to be included as an Olympic sport as early as the 2028 Los Angeles Olympics, and the sport has gained more exposure. This makes the show a natural for NBC Sports Philadelphia.

“NBC is the Olympic sports channel,” Stewart said. “If you think about it, football and baseball didn’t start out as multi-billion dollar industries. It started with a guy with a camera.”

For NBC Sports’ production, Stewart said he will combine footage from the two events, interviews with attendees and expert commentary. His crew usually settles under a tent on the beach and he directs the cameras from the makeshift control room for the live stream.

Stewart is the son of Suzé DiPietro, who for many years ran entertainment and public relations for the Trump casinos in Atlantic City, so he’s well acquainted with Jersey shore customs. When asked what that was like, he said: “She told horror story after horror story. She liked the rock and roll part of it.”