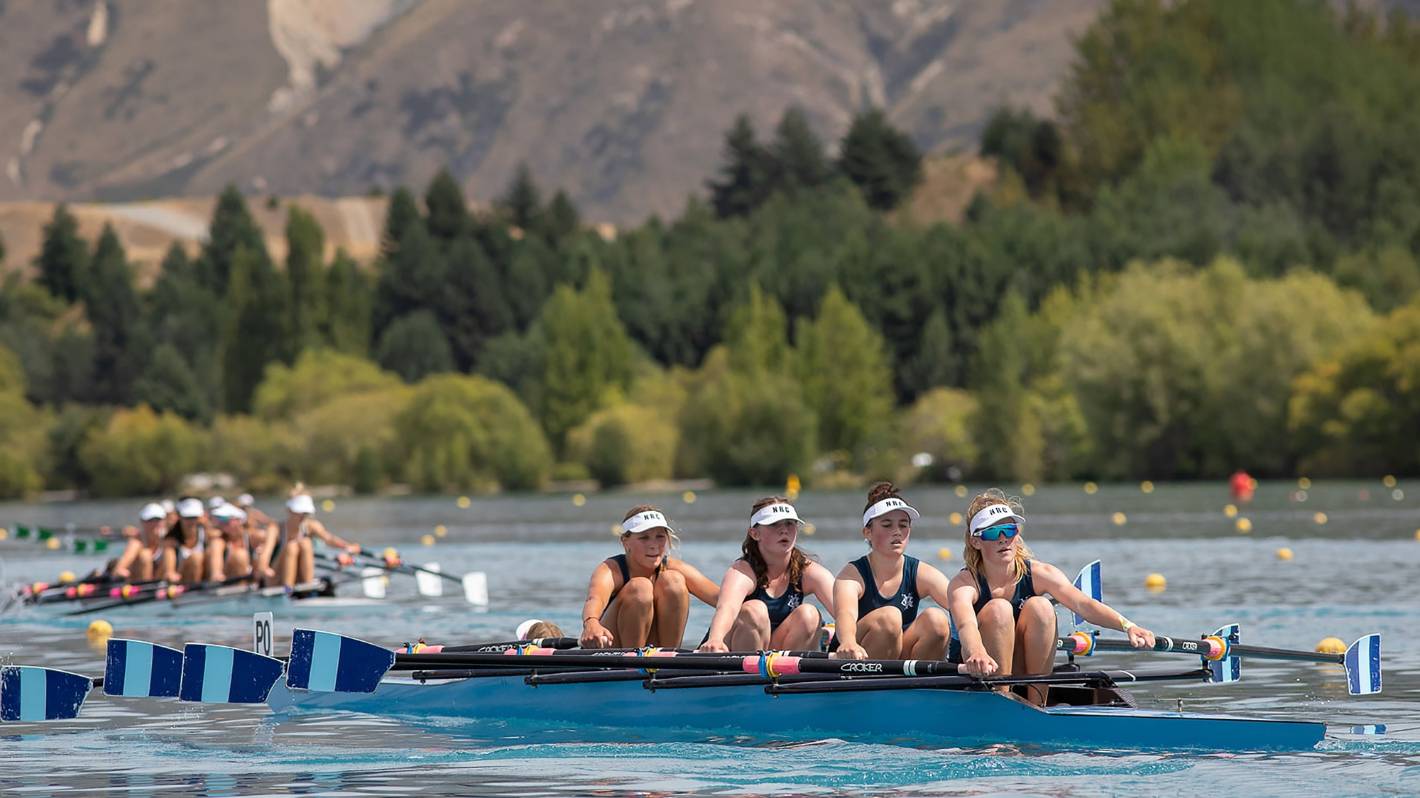 By Mary J. Johnston On Feb 8, 2022
Share
Rowing Club U15 quad crew in action at the 2022 South Island Championships at Lake Ruataniwha.” style=”width:100%;display:inline-block”/>

The Nelson Rowing Club U15 quad crew in action at the 2022 South Island Championships at Lake Ruataniwha.

It was a regatta like no other – wristbands and lanyards had to be shown to gain entry, spectators were not allowed, and teams were in 100-person zones separate from the other zones and spanning the length of Lake Ruataniwha in Twizel were distributed.

This was a race in the red – a new way to compete under the Covid traffic light system.

But the new regatta conditions on January 29th and 30th didn’t deter Nelson Rowing Club crews, who returned home with a final medal tally of two gold, seven silver and five bronze. This tally would no doubt have been higher had the regatta not been marred by bad weather and abandoned before all the finals could be completed.

But nobody complained. Head Coach Tim Babbage said the organizers of the South Island Rowing regatta had done a lot of work behind the scenes to ensure the rowers could compete this weekend.

“Overall the weekend was a great success and our crews look forward to returning to Twizel for the Rocket Foods NZ Rowing Champs in February.”

Nicole also took another silver by making it solo in the Womens Premier Single Sculls. Fern Backhouse-Smith and Hollie John took third place for the bronze medal in the U/15 doubles sculls.

The club’s senior collegiate and club rowers are now training hard to prepare for the national championships, which have been moved from Karapiro to Lake Ruataniwha to allow the regatta to take place under the red light frame. The regatta will take place from February 14th to 18th.

The Nelson Rowing Club always welcomes new members. So if you are interested in trying rowing (regardless of age or ability) contact the club’s administrator at [email protected] for more information.