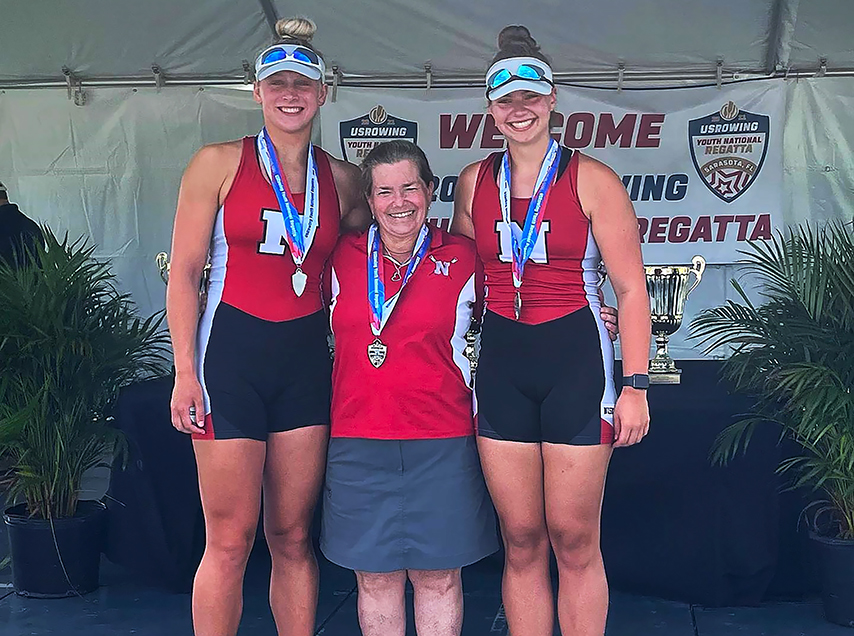 Coach for over 30 years Apfelbaum managed the Niskayuna girls doubles of Heather Schmidt and Jordan Zenner, who won gold medals at the New York State Scholastic Rowing Association Championships at Fish Creek, the Stotesbury Cup Regatta in Philadelphia and the Scholastic Rowing Association of America Championships in New Jersey. The duo placed second overall at the USRowing Youth Nationals in Sarasota, an event open to high school and community teams.

Last year’s success began off the water, in the spring, during the ever-changing landscape of guidelines issued by various agencies regarding public gatherings related to the COVID-19 pandemic.

“The biggest indicator of our success was how we handled COVID last winter,” Apfelbaum said. “We kept the kids moving, we practiced outside, we did a lot of cross training. We found a way to work within the restrictions that COVID offers. We were able to find ways to keep the kids moving and continue the training in a really positive way.”

Apfelbaum’s program was also successful in the boys’ competitions.

“You could see that kind of success because we worked together. . . . We’ve had more contact between the boys and the girls this year, which I think has helped both sides,” Apfelbaum said.

Three Niskayuna rowers will join Division I programs next school year, with four other rowers in other collegiate programs.

Apfelbaum became the Niskayuna program director in 2014 and took over the helm of the girls’ coach in 2015.

“It’s been a really, really good year – probably the best ever for our program,” Apfelbaum said. “I wasn’t sure if it was going to happen. You could see some things coming, but not everything. It was the hard work that the kids put in.”

More from the newspaper:

Unless you have a side hustle, your Venmo and Paypal transactions probably won’t be taxed