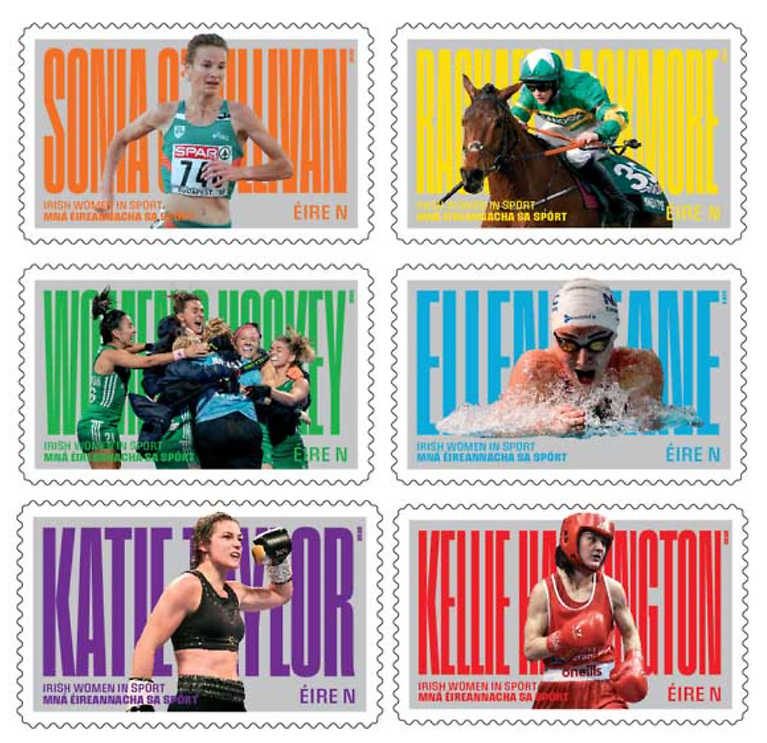 Afloat was quick to point out to An Post that there were some notable absences from his set of six national stamps (Irish Women in Sport) last month’s tribute to Ireland’s sporting heroes.

But there was no room for 2016 Olympic sailing silver medalist Annalize Murphy, or for the rowing quartet of Aifric Keogh, Eimear Lambe, Fiona Murtagh and Emily Hegarty, who drove a rousing finish to take the bronze medal in the women’s four-person finals in Tokyo.

The stamps recognize the great achievements of Irish women athletes at home and on the international stage, but a spokesman for An Post acknowledged the omission, telling Afloat: “We had a limited number of stamps so not all of our wonderful athletes could appear – this time”.

The spokesman added: “We’ve had similar inquiries about top Irish athletes in a number of other sports”.

Luckily it looks like Irish Women in Sport is a topic that An Post will come back to in a future programme, so it seems we’ll see some more achievements afloat and get a seal of approval?

Flyers coaches are suing the team, claiming exposure to Zamboni chemicals led to cancer and other serious illnesses