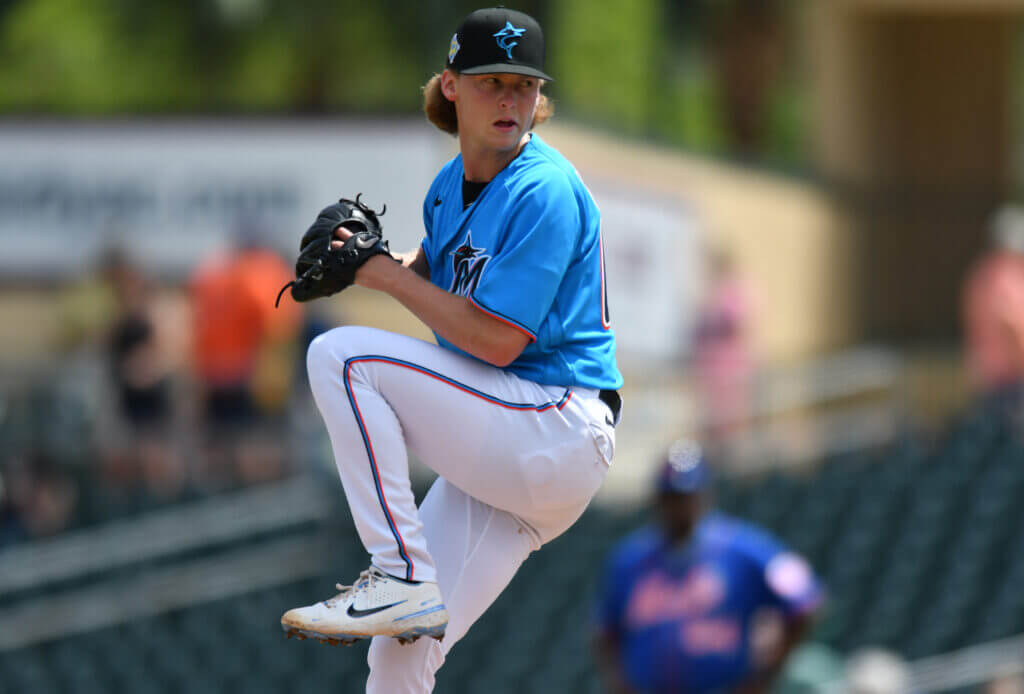 One of the Marlins’ best prospects, Max Meyer, is set to undergo Tommy John surgery

Max Meyer, the right-hander who was drafted 3rd by the Miami Marlins in 2020 and is one of their best prospects, will undergo Tommy John surgery, manager Don Mattingly said Thursday. Meyer, 23, received the results of a Monday MRI that showed a torn ligament in his right elbow.

Meyer had just made his big league debut on July 16 against the Phillies in Miami, hitting five batsmen over 5 1/3 innings of a loss. In his second start on Saturday against the Pirates, Meyer was pulled with an apparent injury after facing just three batsmen on 10 pitches.

He will miss at least the rest of the season and next season’s spring training. The typical recovery time from Tommy John’s elbow reconstruction surgery is around 12 to 16 months.

Meyer, a former standout at the University of Minnesota, was ranked as the #5 prospect by the Marlins the athleteis Keith Law. MLB Pipeline ranked him 20th in the majors.

The Marlins, it appeared, were open to trading right-hander Pablo López ahead of next week’s deadline, but without Meyer in their rotation they will already lose a starter.