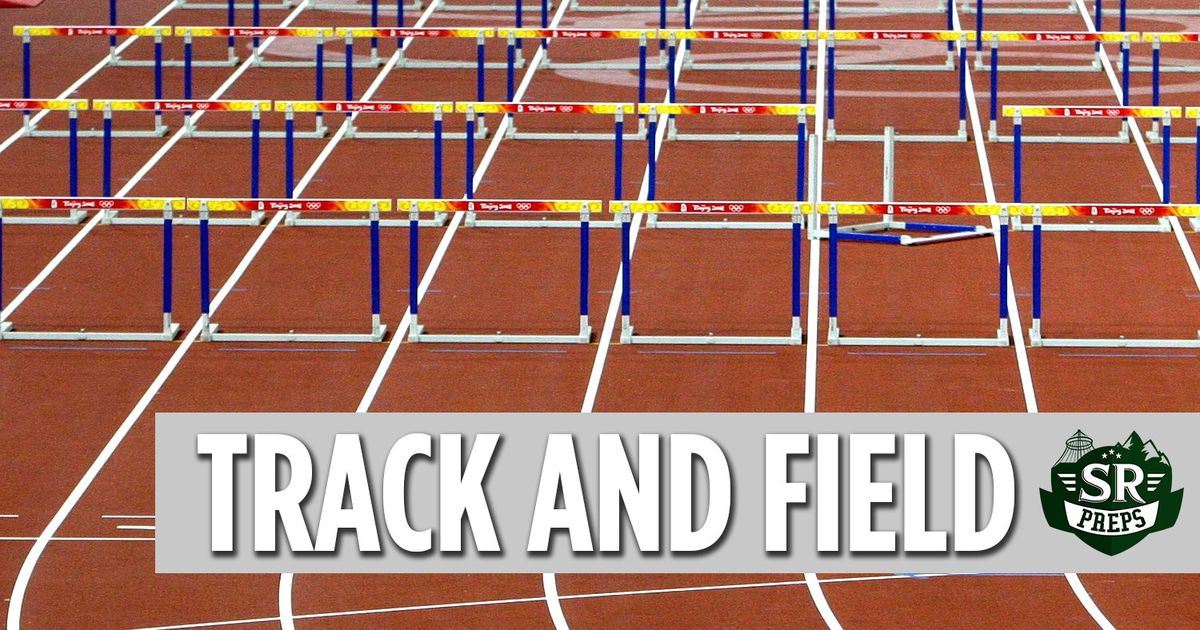 The second day of the District 8 4A/3A track and field meeting began Saturday bright and sunny at Central Valley High School and then descended into a two-hour streak of lightning, forcing all athletes and coaches to gather at the CV gym.

As the storm passed, the competition picked up momentum, turning a mediocre start into an exciting finish for many of the Greater Spokane League’s athletes as more bids were claimed for next week’s state convention in Tacoma.

The Central Valley boys and girls defended their home game and clinched victories for the District 4A team titles.

The boys scored 164.5 points behind four first-place finishes and numerous top-four finishes to beat Richland by over 61 points.

“We felt like coming to this gathering as a coaching team, this is a great group of kids,” said CV head coach Chuck Bowden. “Everyone did their thing and together it worked. I think that was the most exciting thing.”

CV senior jumper AJ McGlofin was expecting a big day in the high jump after clearing 6ft, 8in at last week’s qualifying meeting.

After jumping 6-2 in the rain to win the high jump, McGloflin found himself at his best in the long jump when the weather cleared when he finished with a school record of 23 in his last attempt for first place -1/4 jumped the field.

“Being warm from the high jump made me feel really fast over the long run, to be honest,” McGloflin said. “At first I felt bad jumping 20 feet, but then I really just focused on hanging in the air and getting my feet forward.”

CV’s other victories came from junior Rodney Minette, who shot put 53-21/2, and junior Colin Wright, who won the 400 meters in a personal best of 51.55 seconds.

The race for the girls’ team title was much closer as CV edged Richland by 11/2 points to score 138.5 points.

“Our kids just put in maximum effort throughout the meeting,” said CV head coach Geoff Arte. “We’ve had enough kids who thought it was worth fighting for points even if they weren’t in those qualifying state spots.”

The Mead girls took care of business on the 3A side and won the team title by 157 points to beat runner-up Walla Walla.

The Panthers picked up four individual wins and won the 4×400 relay to cap off a solid group performance in the eyes of head coach Dori Whitford.

“We backed off nicely and just told them to do their jobs,” Whitford said. “I think they trusted the process and know how to compete.”

Mead’s senior Emily Hutchinson led the attack and returned to victory in the discus after a second place finish in the shot put on Friday night when she threw 125-7. She was more pleased with her team’s performance than anything else.

“I’ve never been so proud of the team,” said Hutchinson. “I feel like everyone wants it this year and everyone has this super competitive energy.

“Honestly, I wouldn’t be surprised to see so many people on the podium this year.”

• Gonzaga Prep senior Emma Van Gemert won the 4A girls’ triple jump by almost two feet and a score of 35-11.25. Van Gemert returns to the 4A State Meeting for the first time since her freshman year when she placed fifth at the event.

• Mt. Spokane runner-up Boden Gardner and junior Bradley Runge finished first and second in the 3A Boys 400. Both boys came back to run the 4×400 and led the Wildcats to a district title in a time of 3:25.47.

• Ridgeline’s Izzie Olson and Mt. Spokane’s Dakota Hansen were the only two freshmen from the GSL to walk away with district titles. Olson won the 3A Girls 400 in a time of 1:00.10 and Hansen won the 3A Girls 300 hurdles in a personal best of 47.96.