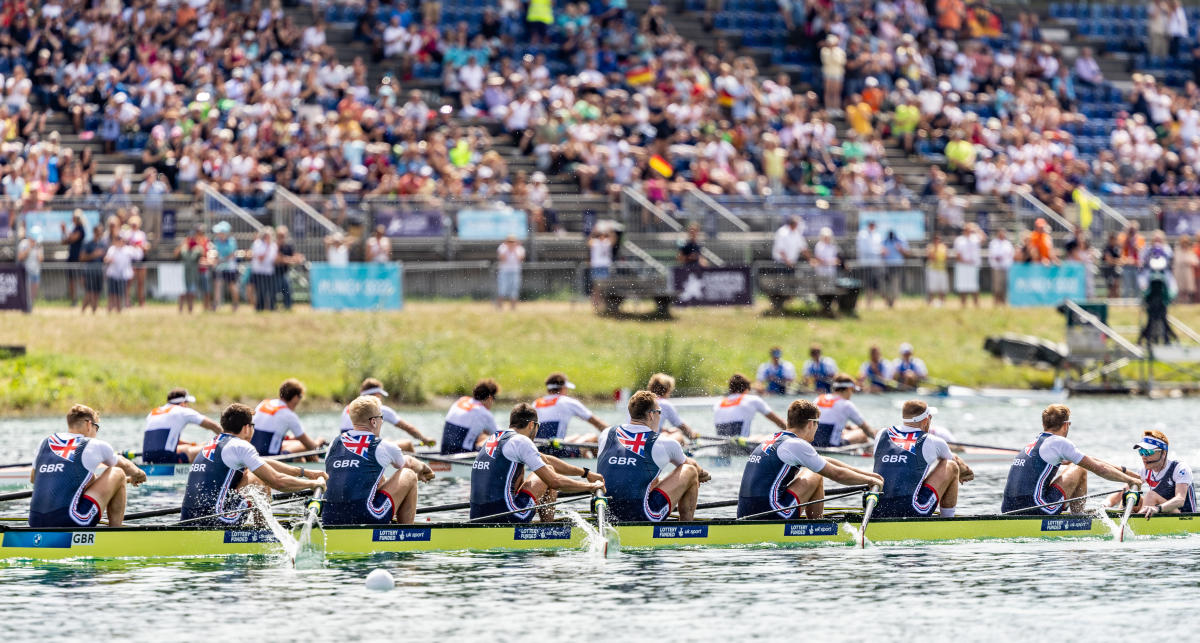 By Will Jennings in Munich

ROWAN McKELLAR assumes that the radical restructuring in British rowing is already bearing fruit after a memorable morning in Munich at the European Championships.

British stars clinched four sizzling gold medals – including three in a row – in the women’s and men’s fours, women’s fours and men’s eights at the city’s 1972 Olympic Regatta Center on Saturday morning.

Team GB endured a torrid spell at the Tokyo Olympics last summer when just a silver and a bronze medal marked their worst player return in almost half a century.

But widespread internal changes in the months that followed appear to have stabilized the ship as Britain returned to the international top spot on a golden morning in Germany.

Glasgow star McKellar, 28, helped fire the women’s team of four to the top of the podium and believes times will change two years from now until Paris 2024.

McKellar, who teamed with Heidi Long, Samantha Redgrave and Rebecca Shorten to topple Ireland in the final, said: “A lot has happened since Tokyo.

“There’s a lot more structure now – people are in places now whereas there was a lot of people going in and out the year before the Olympics.

“It’s good to have someone who has their role as a job and commitment. It’s really good and everyone bought it too.

“We knew we didn’t have our best time in Tokyo – we all knew we were better.

“We knew that was going to happen in a few years, and I think we’ll get there – starting this year.”

Teammate Shorten, 28, added: “There has been a change.

“Luise [Kingsley, director of performance] is at the top of everything.

“You know she is very organized and very clear about what she expects from the team and her employees.

“Louise herself was also very involved with rowing – she was a rower herself and she was a coach, sole director, so she did a lot and I think that really showed this year and helped us.”

The women’s four saw off Romania in Thursday’s heat and went into Saturday morning’s final as the unmistakable team to beat.

And they kept their nerve as the pressure mounted to cross the line in 6:50.92 and beat Ireland, Romania, Denmark, the Netherlands and Poland to help cap a Saturday enjoyed by the British rowers in the historic German city.

The quartet will now turn to next month’s World Championships in Racice, where they will look to continue the momentum in the two years leading up to Paris.

McKellar knows there is still work to be done and insists they will not rest on their laurels for more big medal successes.

She said: “We didn’t have our best start but we usually never get out of the blocks that quickly.

“We know it will take a while to struggle through. I think we got into some really good positions towards the end, they came back to us and that’s what we need to work on, our sprint finish.

“I think we still held our own – we had a solid piece down the middle to mean it would be too much for them to come back.”

Shorten added: “It definitely won’t catch on until the weekend is over – we’ve been trying to do it for a long time and we finally got it.”

What is inflation? Here’s why prices go up, and who’s to blame