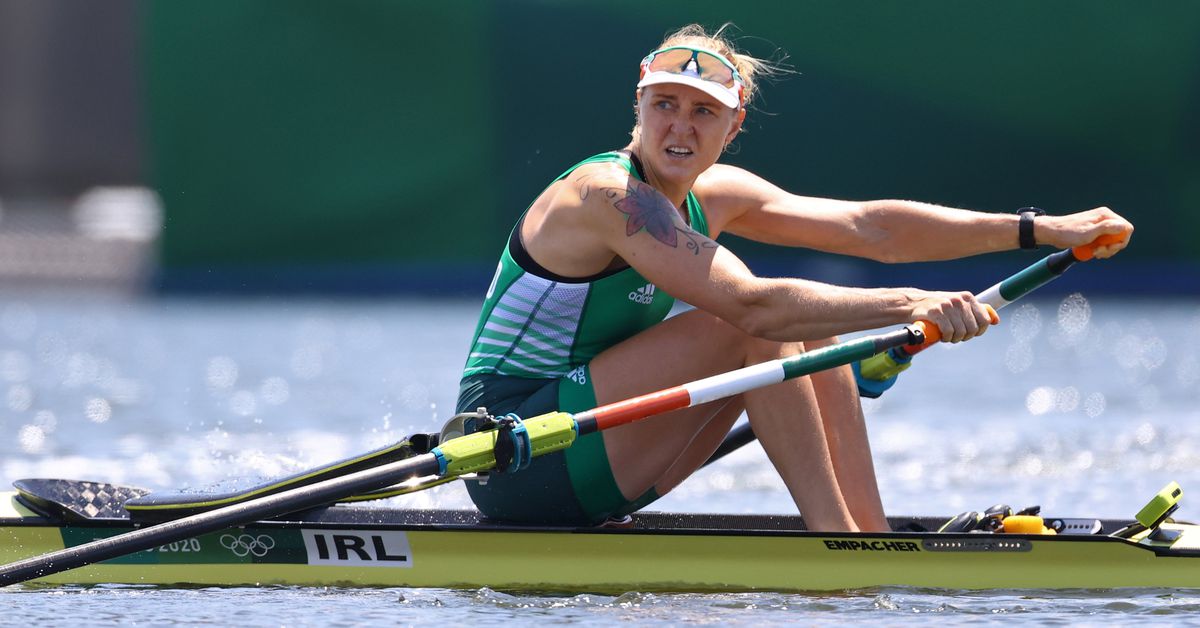 TOKYO, July 25 (Reuters) – It looks like it’s the third time that it’s the attraction for Sanita Puspure.

The 39-year-old Irish reached her first Olympic semifinal on Sunday and continued her remarkable run in double sculls after falling short in Rio and London.

In the hunt for that elusive piece of Olympic hardware, she overcame a slow start to chase down world third medalist Kara Kohler from the United States before taking the quarter-finals in 7:58:30 to advance.

“My form is going to get better with every race,” she told reporters. “The technical execution could be a bit better, but I still have time to work on it, I’m getting used to the water conditions.”

She is part of an Irish cohort that won her first Olympic rowing medal just five years ago and now has several boats in Tokyo’s finals, including the women’s pairs and lightweight doubles, who advanced to the semifinals on Sunday out of hopelessness.

Paul O’Donovan, who took silver with his brother in Rio, will face team-mate Fintan McCarthy in the semi-finals on Wednesday, while the four Irish women battle for the podium on the same day.

“We have come a long way and it is really exciting to see the whole team perform well,” said Puspure, who won consecutive world titles in 2018 and 2019.

‘WAITING FOR THE ATTACK’

A controversial field in the men’s two-man field moved more into focus as the gold, silver and bronze medal winners of the 2019 World Cup – the German Oliver Zeider, the Dane Sverri Nielsen and the Norwegian Kjetil Borch – won their respective quarter-finals with ease.

For the 31-year-old Borch, who won double bronze and World Cup gold in Rio in 2018, victory on Sunday was a matter of strategy.

“I knew it was going to be a pretty long race because of the headwind,” said Borch, who will face Croatian Olympic runner-up Damir Martin in Thursday’s semi-finals. “I just sat there and let the others burn their coals and I just sat there waiting to attack.”

However, the scorchingly hot and fanless Sea Forest Waterway was unforgiving for some: Germany’s defending title in the men’s four-four came to a devastating end when his crew couldn’t crack the first two in the glimmer of hope.

The day got off to a shattering start when the Dutch Olympic Committee (NOCNSF) announced that Dutch rowing coach Josy Verdonkschot tested positive for COVID-19 a few days after 21-year-old Dutch single-seater competitor Finn Florijn and another member of the team were positive tested. Continue reading

Sunday was the last day of action before a weather-related two-day break, as the organizers changed the competition program again due to a “severe weather” forecast.

Olympic rowing is slated to resume on Wednesday.

Reporting by Amy Tennery in Tokyo; Editing by Stephen Coates