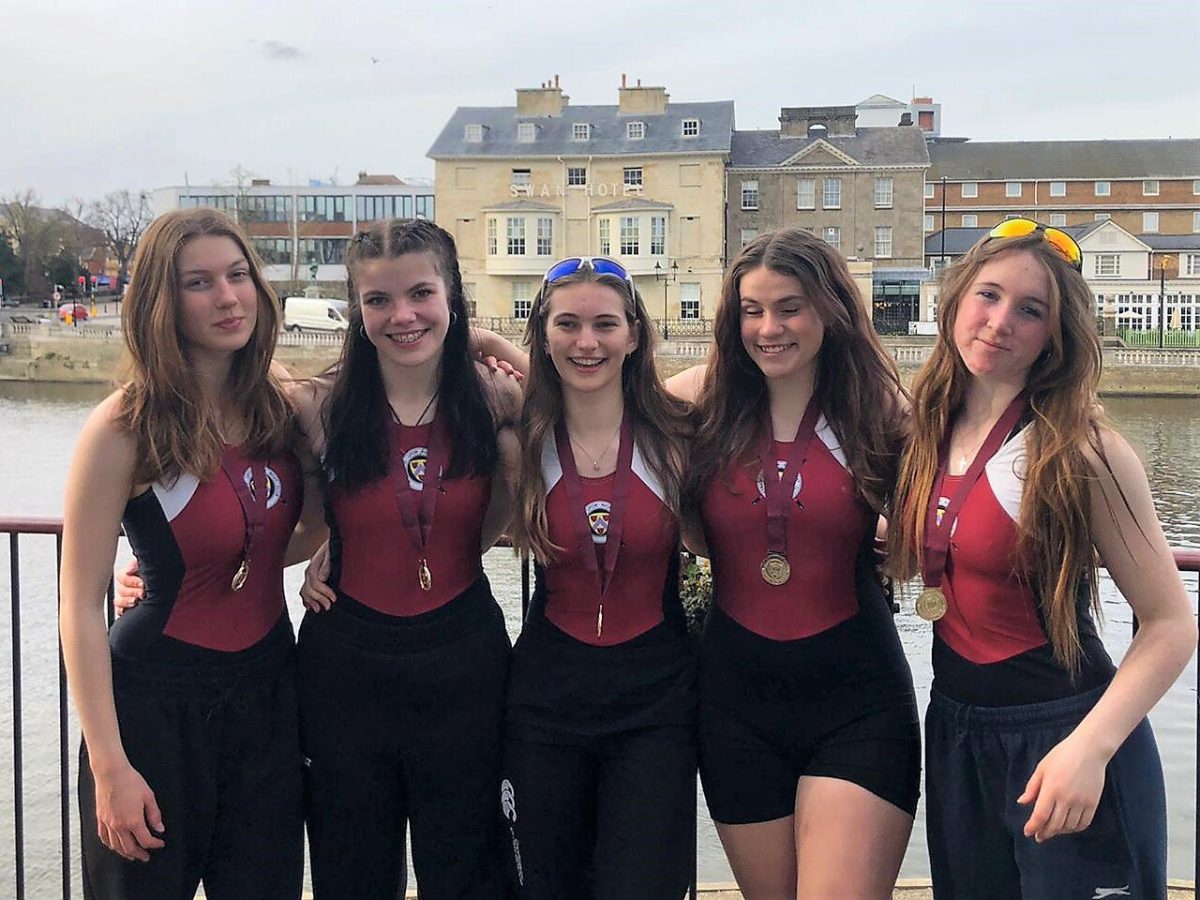 The STRATFORD-upon-Avon Boat Club juniors ended the winter season in style as the women’s J16 team won gold at Bedford and Great Ouse.

The women’s J16 foursomes of Amalia Richardson, Maddie Hall, Harriet Noyes, Kate Richardson and Cox Imogen Hill put on an excellent performance to win gold, beating all of the Senior and Masters women’s teams at the event.

And Charles Happel put in his best performance of the season, finishing third in the one, just a second behind Leicester Rowing Club.

J16 coach Sam Hill said: “I am very happy for the athletes. Achieving such a good result at Bedford is very encouraging for the regatta season which starts in Nottingham in two weeks time.”

The Stratford WJ15 girls also put in a great performance at Bedford Spring Head 2022 as the team of Eloise Cooper, Molly Vondrak, Lucy Sartain, Esmerelda Elfwood and Aimee Appleton (helmsman) completed the 2000m in a fantastic time of eight minutes rowed and 16 seconds.

“However, they beat five other crews, three of them based on the Thames: Wallingford, Eton Excelsior and Staines plus Leicester and Bedford!”

Abi Terry, J17/18 Performance Squad Coach, said: “With Harriet steering an excellent line on the difficult course, the girls finished a respectable third place in the most competitive group and fourth overall in a field of stiff competition.”

The two scratch crews finished third and sixth respectively in their events against some respected crews.

And at Bedford Head competed the double of Nick Sartain and Ed Lewry, who became the first Stratford crew to take to the water in the Open Double Sculls event.

The duo set the fastest club time of the day over the 2K distance to finish at the top of their band and seventh overall.