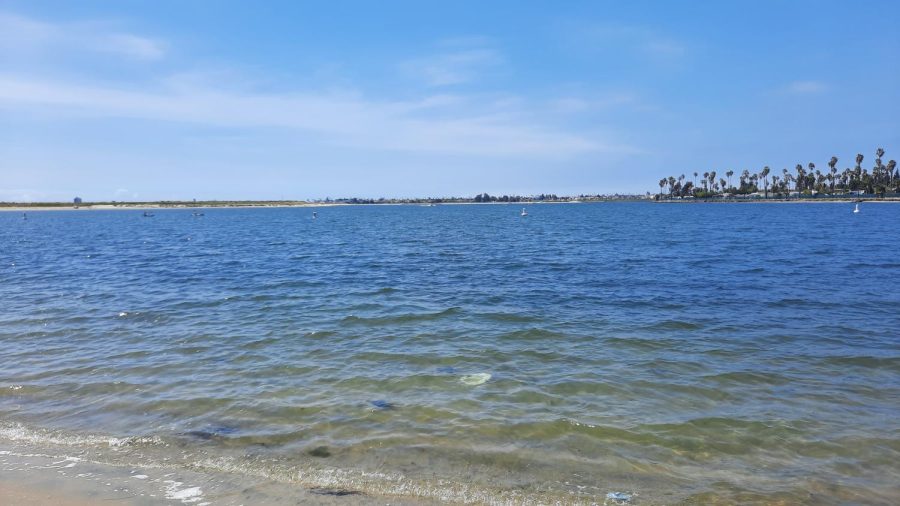 Founded in 1973, the SDCC brought together about 3,000 rowers from 98 different universities, clubs and colleges that year. This included local schools like SDSU and UC San Diego, as well as other Southern California schools like USC, UCLA, UC Davis, and Long Beach State.

The SDCC took place over a period of two days and consisted of a total of 125 races. Rowers raced across a 2,000-yard course that began in Mission Bay and ended in Crown Point Shores.

Competing in a women’s 8+ race against UCSB Alumni, UC San Diego, Brown and San Diego, the women placed fourth with a time of 07:37.060.

The men began the competition by competing in the men’s Collegiate Novice Heat 1 event and finished fifth with a time of 07:19.978 while facing off against Loyola Marymount, Long Beach State, Orange Coast and UC Santa Barbara.

When they placed fifth, they competed in the Men’s Collegiate Novice Derek Guelker Memorial Cup Final 2 event. Against Long Beach State – who finished fourth in Heat 1 event – Colorado and UC Davis, the Aztecs finished with a time of 07:16.931, good enough for third place.

The last event Scarlet and Black competed in was the Men’s Collegiate Novice 8+, which saw the Aztecs face off against Orange Coast, UCLA, UC Davis, UC Santa Barbara, and Southern California.

Unfortunately for the Aztecs, they finished sixth with a time of 08:30:281.