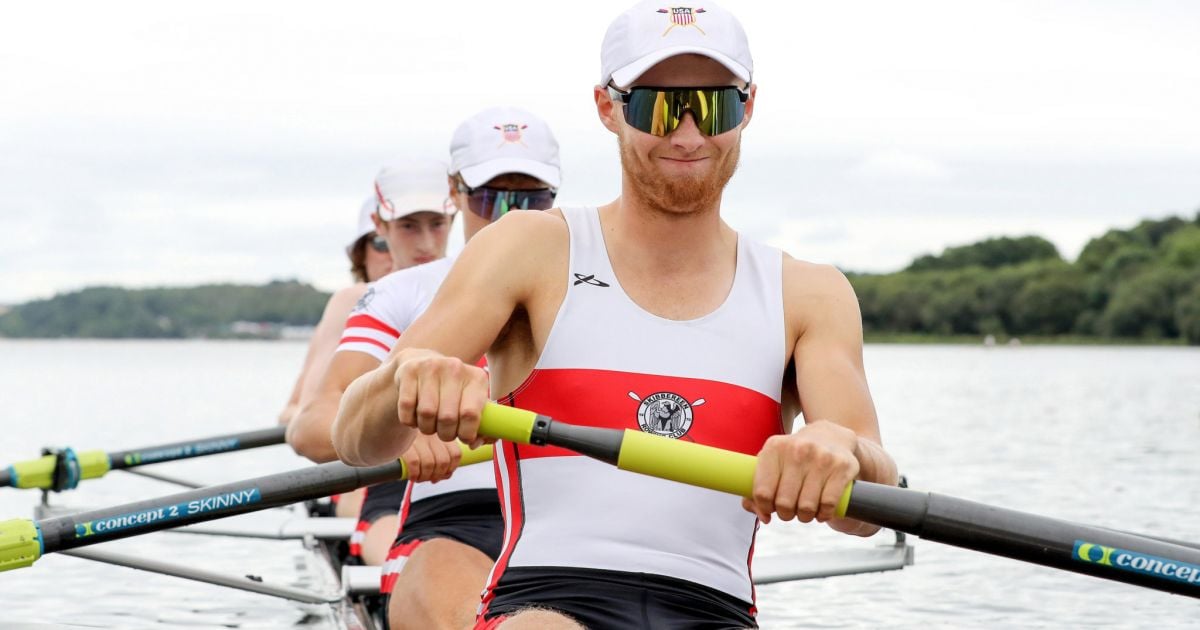 A bit daunting but a brilliant experience – that’s how Finn O’Reilly describes jumping in a boat with three of Ireland’s best rowers, all from Skibbereen, at the national championships last month.

O’Reilly has won three national titles at the junior 19 level in recent championships, but he will never forget he finished runner-up in the men’s square.

He was accompanied in this Skibbereen boot by the newly crowned Olympic champion Fintan McCarthy, Fintan’s twin brother Jake McCarthy and the 2016 Olympic runner-up, Gary O’Donovan, with both Fintan and Gary also becoming world champions at different times.

“I’ve never rowed with any of them,” says O’Reilly, “and in some ways it was a bit stressful because I was in the boat with these three rowers who achieved so much when I was only 18 years old was old. ”old, but they were so positive and helpful and made it easier for me.

“I sat in the seat and thought I absolutely have to give it my all because if I don’t, they will know. They feel like you have to show them you can keep up so it was a bit daunting but a brilliant experience. ‘

The Skibbereen quad finished second behind a UCC boat powered by Paul O’Donovan, but it gave O’Reilly, now 19, a front row seat to some of the best rowers in the world, including Olympic gold medalist Fintan McCarthy to see what they do best.

“There are even the little hints that they gave me before the race and during the warm-up and helped me with the setup; they are all so experienced, ”explains O’Reilly.

O’Reilly, who lives in Kilcoe outside Skibbereen, ended the weekend with three national titles in the men’s juniors 19. He won with Oisin Boyle in junior 19 men’s pairs and with Daire Kavanagh in junior 19 men’s doubles. There were also successes with Oisin Boyle, Daire Kavanagh and Christopher O’Sullivan as well as helmsman Louise Murran in the juniors 19 four. It comes after a breakthrough in the summer for the young Skibb rower, who won a silver medal at the U23 World Rowing Championships in the Czech Republic. He was part of the Irish foursome with helmsman – along with Andrew Sheehan, Ryan Spelman, Adam Murphy and Leah O’Regan (helmsman) – who finished second in their A-final.

“It was my first world championship, so the experience in and of itself was great and winning a medal made it even better,” says O’Reilly, who is six feet tall and will follow the heavyweight route.

“The level of racing was very different from what I had experienced because they are the best crews from every country. So it’s good to know how far you have to go to get to the top. All of the regattas I’ve competed in before have been domestic so there’s an element of fun around them, while on race day at the U23 World Championships you have to be serious from waking up to crossing the finish line the second time. ‘

This U23 World Cup is a boost. It’s really something he can show for his efforts, and it will, he says, make getting in a bit easier on a cold winter morning. This is going to be a busy month for O’Reilly. The former Schull Community College student is starting college and joining the Rowing Ireland development team as he works hard to keep climbing the ladder. His training will take place at the National Rowing Center in Farran Wood – and it’s an exciting next step he’s ready to take.