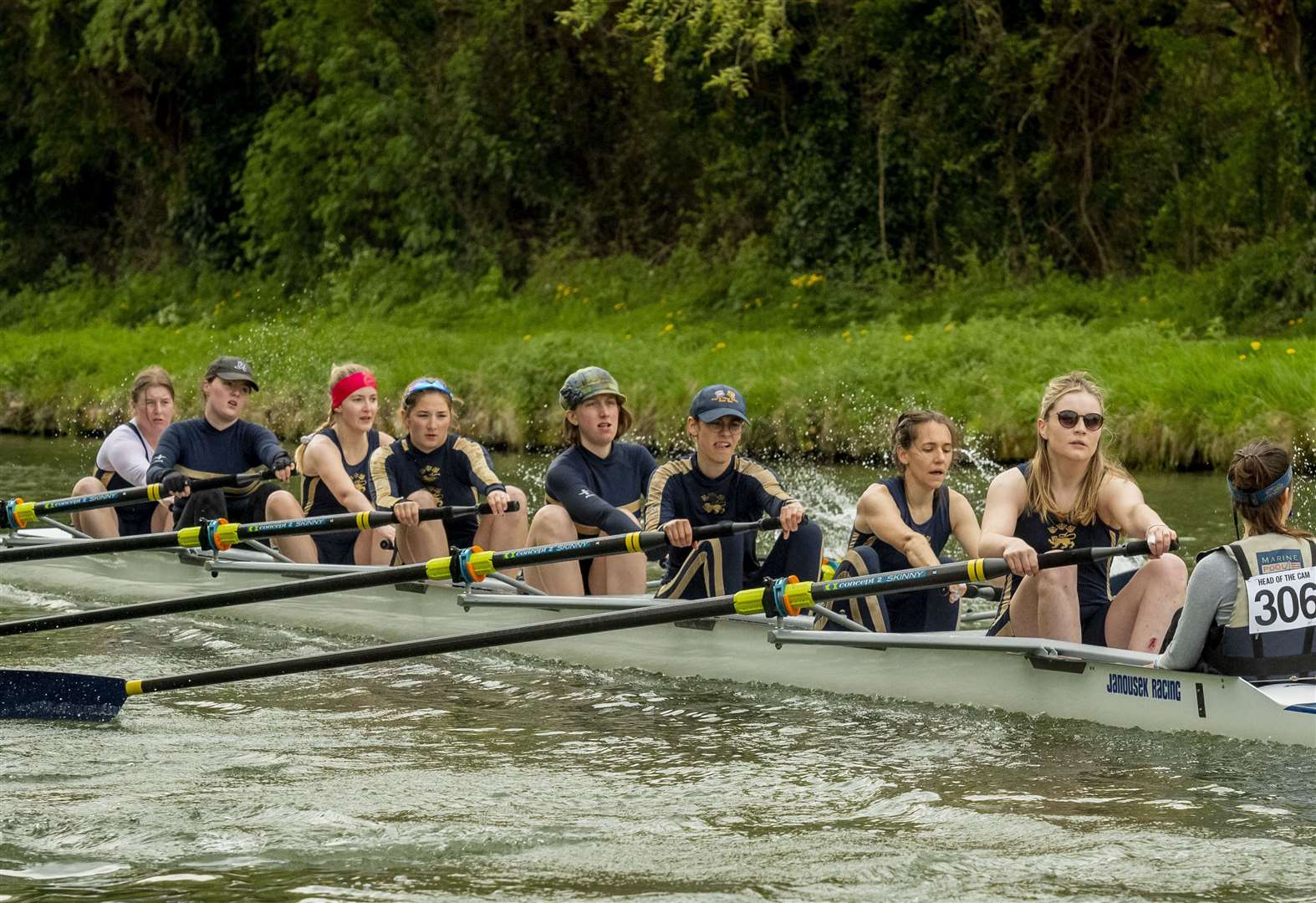 The City of Cambridge claimed five category wins in the Head of the Cam last Saturday.

The Chesterton Rowing Club event had four divisions and was held over 8,000 feet (2,600 m) upstream on the Cam.

There were three category wins each for Cambridge 99, Cantabrigian and Downing College.

The successes for nines were in the masters A to D and in the open men’s singles as well as in the men’s masters E in the eighth.

Cantabs had success in the coxswain girls’ Club B, girls’ eighth Club B and men’s J16-18 singles.

Downing had victories in the men’s and women’s alumni eight and was the fastest women’s team in the combined first and second boat sections of the May Bumps.

A total of 130 crews were reported in the divisions.