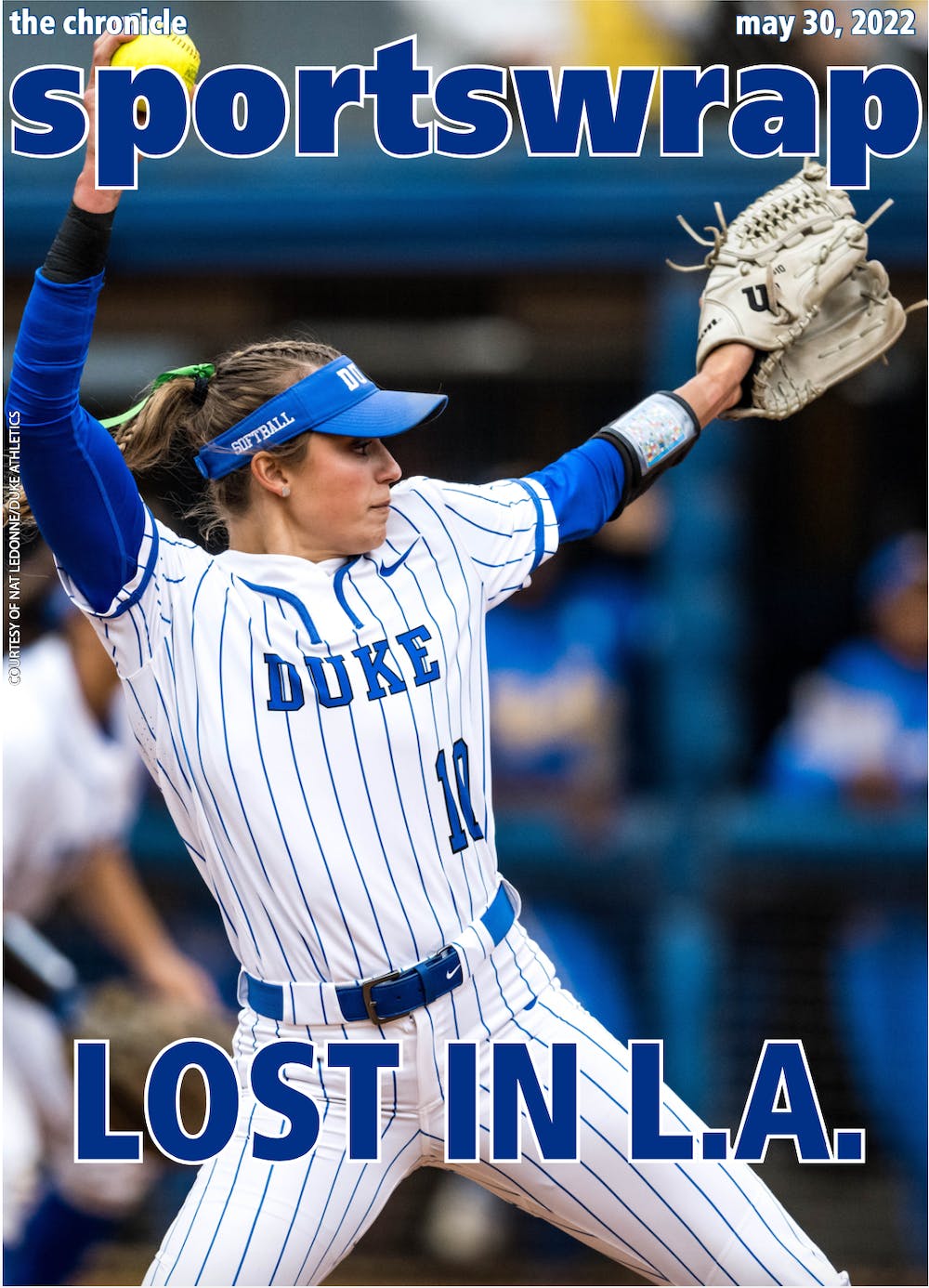 Sportswrap is your one stop shop for everything Duke athletics. Here we’ll recap how each of Duke’s sports currently competing has performed over the past week and provide a brief outlook. Here’s our recap for the week of May 23-29.

This is the final installment of our weekly recap for the spring season and we’ll be back when fall sport kicks off to keep you posted.

The 12th-seeded Blue Devils ended their season in the super-regional round after back-to-back losses to UCLA in Los Angeles. The 3:2 and 8-2 The best-of-three set losses saw plenty of pressure and shoving on both sides, with action thrown up from the first game and a late-game collapse highlighted the second. The streak loss also included the Blue Devils’ first consecutive losses since April 2021. Ultimately, the Bruins’ postseason experience and clutch toss could choke Megan Faraimo Duke, who is still looking for his elusive first Women’s College World Series appearance . – Micha Hurewitz

In keeping with his successful season, Duke snatched 16th place at the NCAA Rowing Championships in Sarasota, Fla. after two impressive performances in the second varsity eight and varsity four races. Both groups won third-place finishes in their respective C-Finals, defeating Syracuse — who beat the Blue Devils at the ACC Championships — in the former and edging out Penn and Oregon State in the latter. The Duke’s Varsity Eight team finished fourth in their race, earning the team a total of 45 points. Duke might have cemented himself in the top-10 on another day, but a 16th place finish can hardly be called a disappointment. –Andrew Lang

This year’s Duke team continues to climb, this time setting a new program record at the NCAA East Regional in Bloomington, Indiana with 17 qualifiers for the upcoming NCAA Outdoor Championships in Eugene, Oregon. This group consists of a trio of Blue Devil women Lauren Hoffman and Erin Marsh and a program-record total of 13 women. Upon returning to Durham, the Blue Devils, who have successfully pushed their off-season a little further, will gear up for Eugene, with the event scheduled for June 8-11. -Jonathan Levitan

The NCAA Singles Championship came last week after an impressive postseason run for the Blue Devils, with junior Chloe Beck as Duke’s only competitor. She started with a solid first-round win over California’s Jessica Alsola, winning by two straight sets after losing the first set. But the Watkinsville, Georgia native had stiff competition in the second round against graduate student Michaela Bayerlova, who would go on to make the Elite Eight. Duke’s season ended with Beck losing sets 7-5, 6-2. After a historic season, the Blue Devils finished ranked 4th in the nation. -Ana Young

Junior Garrett Johns advanced to the second round of the NCAA Singles Championship with a 6-2, 6-2 win over Princeton’s Ryan Seggerman before losing to Florida’s Sam Riffice. Riffice has been a formidable opponent – clinching the singles championship in 2021 and captaining that season’s national champion. The Florida senior’s game was too much for Johns to overcome as the junior fell victim to Riffice’s effective drop shot, losing 5-7 6-4 5-7. The loss ends a stellar season for Duke, ending the year with a 17-9 record and a No. 21 national ranking. -Robert Miron

Get The Chronicle straight to your inbox

Sign up for our weekly newsletter. Cancellable at any time.

Solid performance for track and field in the NAIA Outdoor Nationals, Barber and Ludwick All-Americans