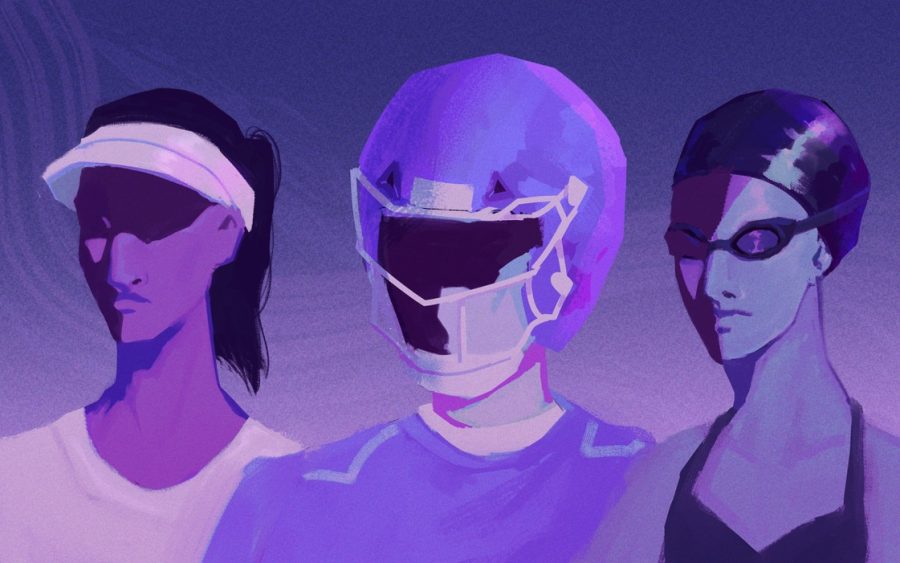 NCAA and NESCAC policy, which allowed teams to conduct off-season drills with their coaches in response to the COVID-19 pandemic, expired this fall, marking a return to traditional regulations for off-season games that Team trainings require to be optional and exercises to be planned and held without coaches involved.

To maintain skill during the off-season while adhering to these rules, teams meet for captain-led drills and adhere to strength-training programs. Athletes from four teams reflected on the opportunity off-season training presents to build community and hone their skills.

Athletic director Lisa Melendy told the record in May that the relaxed regulations on off-season training between fall 2020 and spring 2022 were a temporary policy in response to COVID. “[That] was a one-time response from COVID to support student and athlete wellbeing on many fronts,” she wrote.

Many players have cited off-season training as an opportunity to build team dynamics alongside skills. For the Morgan Persky ’23 volleyball team co-captain, shifts in attending postseason activities — due to athletes going abroad in the postseason or leaving the team — allowed Persky to try her hand at leadership last spring before she became captain this fall.

“We’re trying very hard to make it a classless group,” she said. “Last spring there were three out of six girls in my youth class who didn’t go abroad [total juniors], so we did the exercises. Two of us became captains after that, so [the off-season] helped that transition in a very natural way.”

For spring sports, there is a training session led by the captain in the pre-season. Lacrosse player Nicole Toney ’23 noted that the captain-led practice phase in the fall leading up to the spring lacrosse season allowed for collaborative team leadership. “This year we have few juniors because some of them are doing their fall or winter sports and the others are all abroad – [the team is] really only second graders [first-years]and seniors,” she said.

Toney also emphasized the collaborative nature of off-season training for those in attendance. “Everyone has a voice about what we can do,” Toney said.

In addition to strengthening technique in practice and strengthening team lifts, Toney said captain-led preseason practice also promotes team bonding. “I feel like it’s a privilege to train in a spring sport off-season because you have so much time to develop the chemistry and your team and get to know each other in such a casual way,” she said. “You’re out there to work hard — but you’re also getting to know each other, learning about everyone’s inclinations, and just having fun together.”

Men’s Nordic skiing captain Jacob Jampel ’23 also attributed the closer bonds between the athletes to the time they spent at off-season training sessions, where ski teams headed to the trails and engaged in activities like roller skiing, Cycling and cross training form team marathons. “I love that we have so many different interests on the team and people have had very different approaches to cross-training,” he said. “People just love showing up to enjoy each other’s company and to be outside together.”

The return to tightened off-season regulations has meant an increase in logistical responsibility for team captains, some athletes said. Lilly Bates ’23, co-captain of women’s Nordic skiing, said that in addition to planning and leading practices, she works with her co-captains to coordinate transportation to the ski slopes as the college in is not allowed to offer any transport during the off-season.

“It’s never been a challenge, but it’s just assumed that this will happen every year – that there will be enough people with cars and licenses and people who are comfortable driving a full car of their teammates and for gas too pay,” she said. Now that the ski season has officially started, the coaches take care of all the transportation and the captains can take on a different role of liaison between the coaches and the other athletes.

Although most of the college’s teams compete in the NESCAC conference, the alpine and Nordic ski teams compete in the Eastern Intercollegiate Ski Association (EISA) – a conference in Div. I the NCAA. Other NESCAC ski teams – Bates, Bowdoin, Colby and Middlebury – also compete in EISA. Melendy explained that because the NESCAC conference changed the allowable game and practice season for the College, Div. III teams not in the NESCAC and Div. I Schools participating in the EISA conference, such as Boston College and Harvard, are not subject to the same NCAA or NESCAC restrictions on off-season coach-led training. “NESCAC has a shorter allowable playing and training season than the NCAA for Div. III… Sport Directors and NESCAC Presidents discuss [out-of-season trainings] frequent, particularly because it deviates from what the rest of Div. III does,” Melendy wrote in an email to the record.

According to Lilly Bates, this policy increases the pressure on off-season training. “[Transportation has] never been a problem and it’s super fun to ride all together – but we try to compete against div. I programs that have coaching throughout the year,” Bates said. “We just have to make this work because we don’t get that support from college until the season.”

Although NCAA and NESCAC policy allows student-athletes to schedule workouts in the weight room during the offseason, Melendy noted that athletic department support must end there to comply with regulations. “There are very strict NCAA rules governing what can and cannot happen during the designated playing and training season…For the most part, the department cannot schedule or support off-season training,” she wrote.

According to Jampel, who was also the men’s Nordic skiing captain last year as a junior, ski teams began last year’s season with a new coaching staff and a variety of student experiences due to COVID — including first-graders who had never competed at the college level , athletes returning from gap years and those who had remained on campus during the pandemic.

But Jampel said the ski teams have found their rhythm in last spring’s NESCAC-sanctioned coach-led drills and optional preseason practice this fall ahead of their Oct. 5 start, which marked the start of traditional drills for this season .

“We started fresh – we used last year’s loose guidelines as a rebuild year and I feel like we’re really on the right track this year,” Jampel said. “We have stronger trust and a stronger communication pipeline between coaches, captains and athletes.”