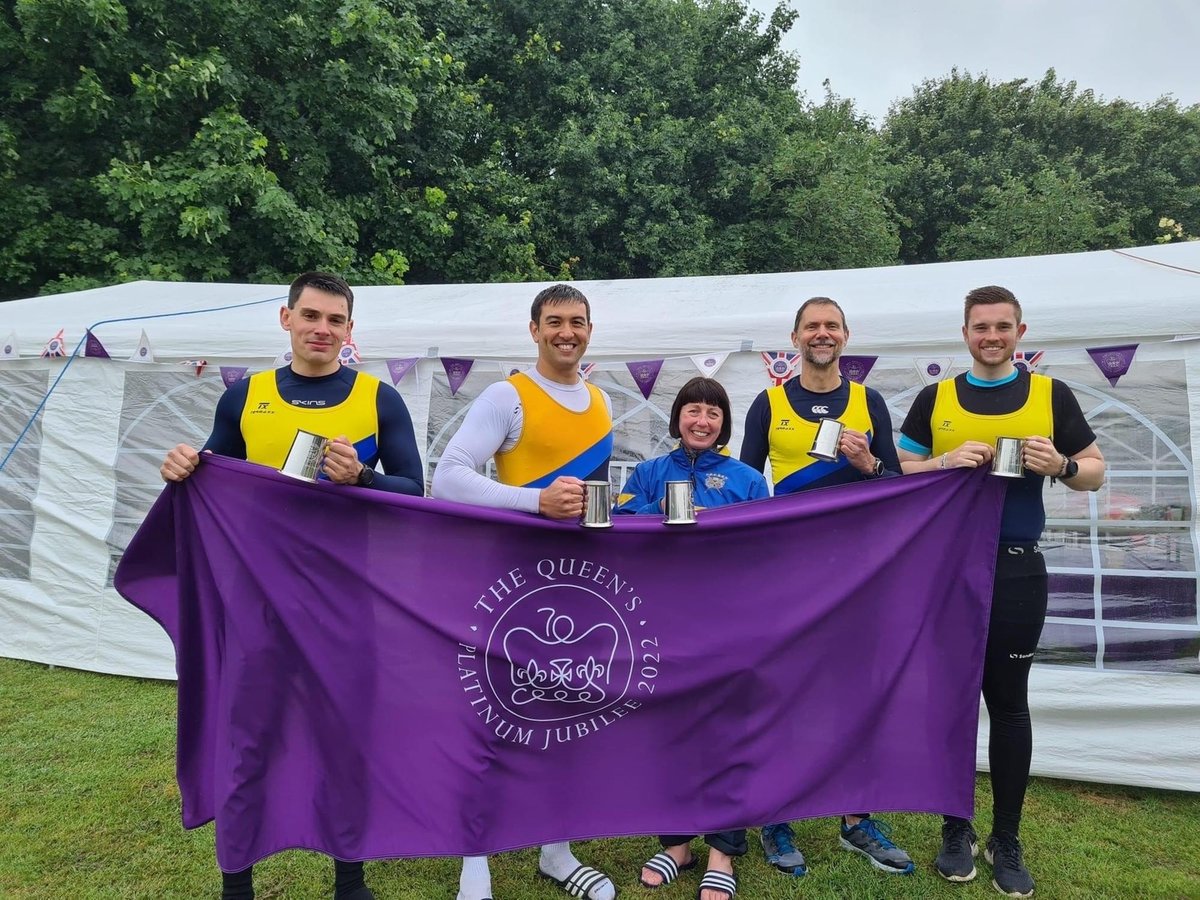 With over 60 visiting teams and an appearance from guest of honor Karen Daber, Deputy Lieutenant Cambridgeshire, both days saw racing across the 1000m lake at City’s Thorpe Meadows base and the home rowers amassed a total of 17 wins and 15 second places.

Register to our daily newsletter

Another doubles winner was Kate Read, who teamed with Linda Dennis to win the women’s Masters B doubles by 15 seconds over Warwick Boat Club.

She also won the Women’s Masters B singles, crossing the line two seconds ahead of Northwich Rowing Club in a thrilling final.

A crew from the City Rowing Club Masters at the Jubilee Regatta. Photo: David Lowndes.

Hannah Fitzjohn piloted the winning J15 quad of Peggy Papworth, Emma Dennis, Emma Calver and Emily Fitzjohn while James Garfield and James Ryder had no trouble in the Open J16 doubles event to win the title 41 seconds ahead of Globe Rowing Club.

A crew from Peterborough City also took part in the Metropolitan Regatta at the weekend.

Of the 22 doubles that competed in their event, they finished 4th in the time trial, which qualified them for the A final.

In their final they put up a good fight in the tough conditions and crossed the finish line in fifth place, just six seconds behind NUI Galway Boat Club in fourth place.

UNI Athletics: King ranks 5th in the NCAAs, best of any Panther since 2009