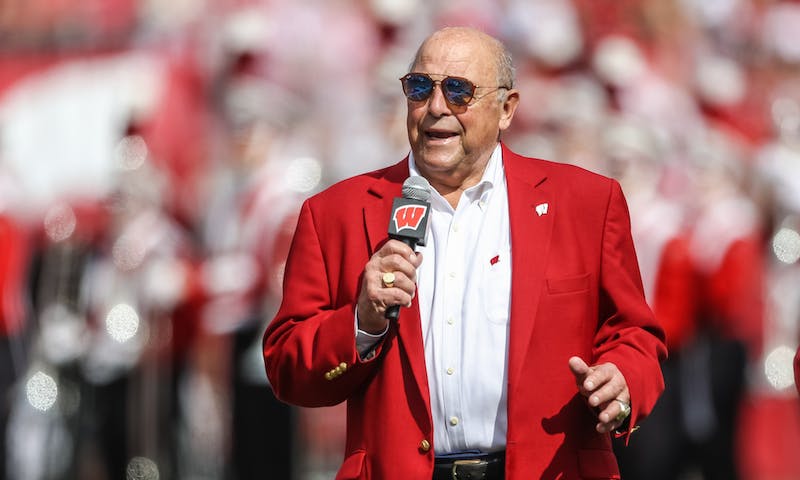 The field at Camp Randall Stadium was named in honor of Barry Alvarez. named

Just months after Barry Alvarez announced his retirement as sporting director, he has returned to Camp Randall on a grand scale.

Last Friday, Chancellor Rebecca Blank announced that the soccer field at Camp Randall Stadium will officially be named Barry Alvarez Field from next season. The stadium’s lawn is slated to be replaced ahead of the 2022 season as part of a $ 13 million fundraiser. The new turf will have the words Barry Alvarez Field in the corners to honor the beloved AD and coach.

Donors who helped make this naming a reality include some of Alverez’s former players and close friends Ted and Mary Kellner. Several of these players, including Mike Thompson, Joe Thomas and Lee Evans, praised in a video that aired during Saturday’s game against Michigan as Alverez watched from midfield with his wife Cindy.

In a video distributed by the university, Alvarez expressed his overwhelming gratitude.

“I’m touched. I’m honored,” he said. “I love my players. I love what they say. It means so much to me, and I’ve been saying all along: I came into this business because that way many coaches have touched my life. It’s overwhelming. ”

Alvarez joins an elite crew of coaches who hold similar honors, including Mike Krzyzewski, Pat Dye and Paul Bryant, who have named places or fields after them because of their coaching success.

Equally impressive are the 16 national titles in six different sports that he fought for during his tenure as Sporting Director from 2004-21. These national titles were won by Wisconsin’s lightweight rowing, men’s cross-country, men’s hockey, women’s hockey, men’s indoor track, and men’s rowing teams.

Blank summed up Alvarez’s success at the university during the ceremony. “Barry Alvarez has had an immeasurable impact on the UW-Madison campus and beyond, in the state and in college sports,” she said. “This type of career deserves recognition at the highest level.”

Alvarez was inducted into the College Football Hall of Fame and the UW Athletics Hall of Fame in 2010. While his success on the field had already secured his legacy, this naming will remind fans of Alvarez’s influence on Wisconsin athletics for years to come.

Do you enjoy what you read? Receive content from The Daily Cardinal in your inbox

The Daily Cardinal has been reporting on the University and Madison community since 1892. Please consider donating today.