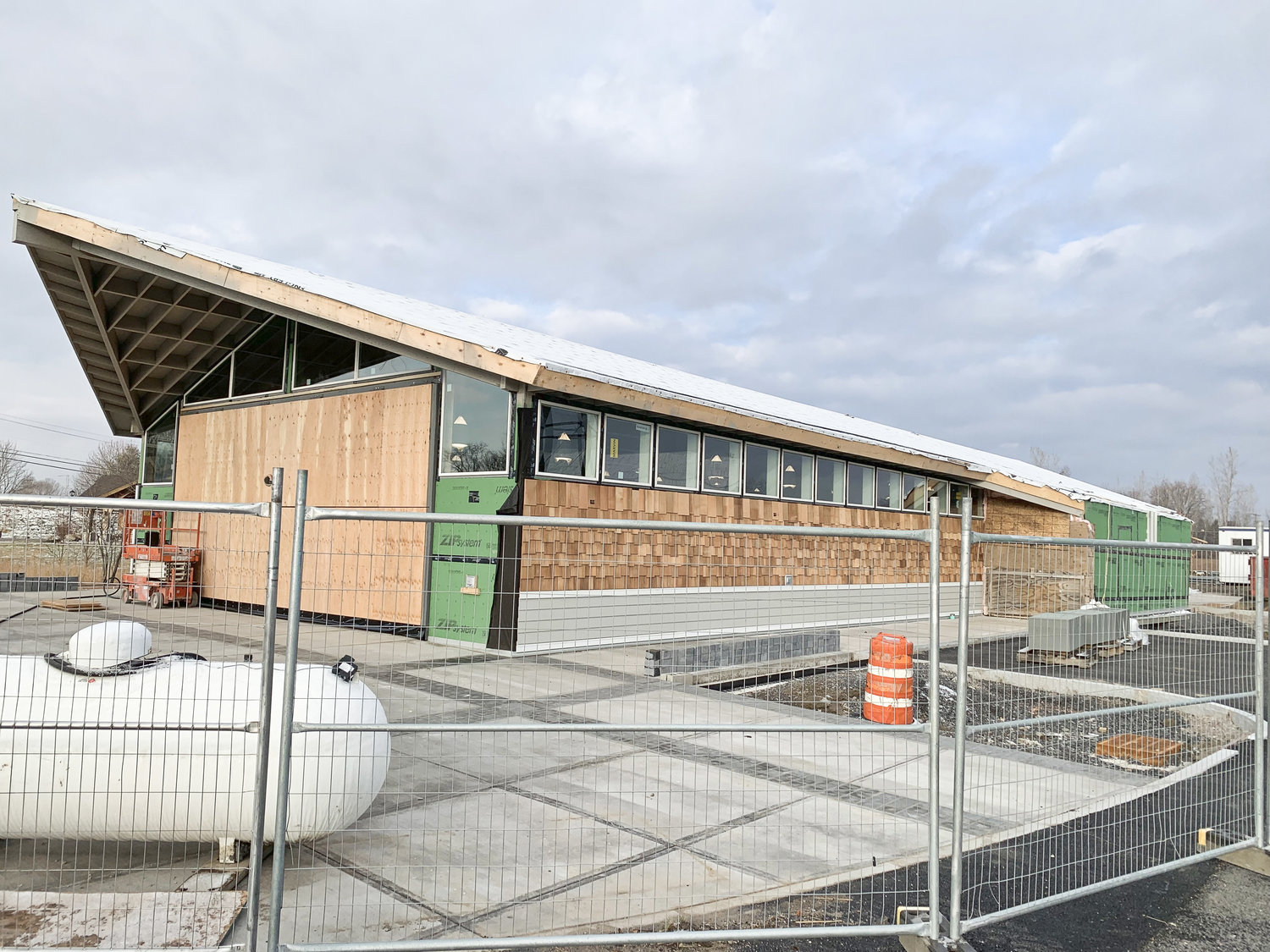 The Hamilton College boathouse is expected to open in January

Work is nearing completion on Hamilton College’s new $ 2 million boathouse in Bellamy Harbor Park, which is expected to open in January.

James Lister, head coach of Hamilton College Rowing, said the college was expecting an earlier opening but there have been delays in the supply chain for some materials. He said the boathouse will be of paramount importance in March and April, just before the start of the rowing season.

The season opener at Hamilton College takes place on April 16.

“This will be more or less the first time” the boathouse has been presented to the public, Lister said. “We’re going to have an opening ceremony in the new boathouse.”

“The boathouse is built on a slightly raised hill which allows spectators to see the finish line from a great vantage point,” said Lister. “It will be one of the better finish lines in the northeast.”

The new boathouse includes a much larger boat storage and operations area, team meeting room, coaching office, and indoor toilets. The project was made possible by donations collected and contributed over the past two years, mainly from former rowers.

Coach Lister said his men’s and women’s teams have already started training indoor on rowing machines on campus and each member has been working on their individual training programs.

“We can officially start the season with the rowing staff around February 19 or 20,” he said. “This is when the Division III teams begin. We will continue to train indoors on our 36 rowing machines that are available to us. “

Around 76 rowers are divided between the men’s and women’s teams. There are 35 to 37 members for each cadre.

“It’s grown over the years,” Lister said of the popularity of rowing and the program on offer at Hamilton. “Despite 1,850 students being recruited, some rowers with high school experience are being recruited, and we have students who may have never rowed before taking part in a running program. It usually takes a year to learn the sport and we also have races for beginner classes. “

There is a small group of “master rowers” ​​- maybe 6-8 people – who row out of the marina and the rowing becomes more visible when the team from Hamilton College goes to the Erie Canal, they participate in the sport as well.

“Master rowing has grown in popularity and there is a small population of master rowers here,” Lister said. “As it becomes more obvious on Mill Street that we are using Muck Road (rent), where we were on the corner and there were only a handful of people out there, we hope that more people will get involved.”

The trainer said his crew program expects to start placing equipment in the docks from late January, which was installed in mid-December.

“By this point the water will most likely be frozen, but we hope that on a sunny 40-degree day with light winds we will be ready to go on the water,” said Lister. “… In March there would still be ice fishing in the former boathouse, so we assume that we will catch at least 2-3 weeks of additional water time at the new location in Bellamy Harbor Park.”

He said, “A lot of the sport is rowing on the water,” as opposed to the rowing machines, “and we will be one of the first programs to have water in the backcountry. It is beneficial to get on the boats and finish winter training. The rowing machines come pretty close, but there’s so much more to do once you get the chance to get on the same boat with the team. “

“We want to get viewers to see something that’s going on in their own backyard,” Lister said. “One of the best training spots in New York State is the Erie Canal – it’s a direct route to rowing with little recreational traffic, and it will be good flat water for our team. We hope that rowing will also grow for junior rowing programs and that there will be a continuation of the Masters group, which we hope will also expand. “

Lister was named Hamilton’s senior rowing coach in February 2019. He led the Continentals to an extensive bid for the 2019 NCAA Division III Women’s Rowing Championships in which they finished sixth. The women finished sixth in the last Division III Top 15 coach survey of the regular season.