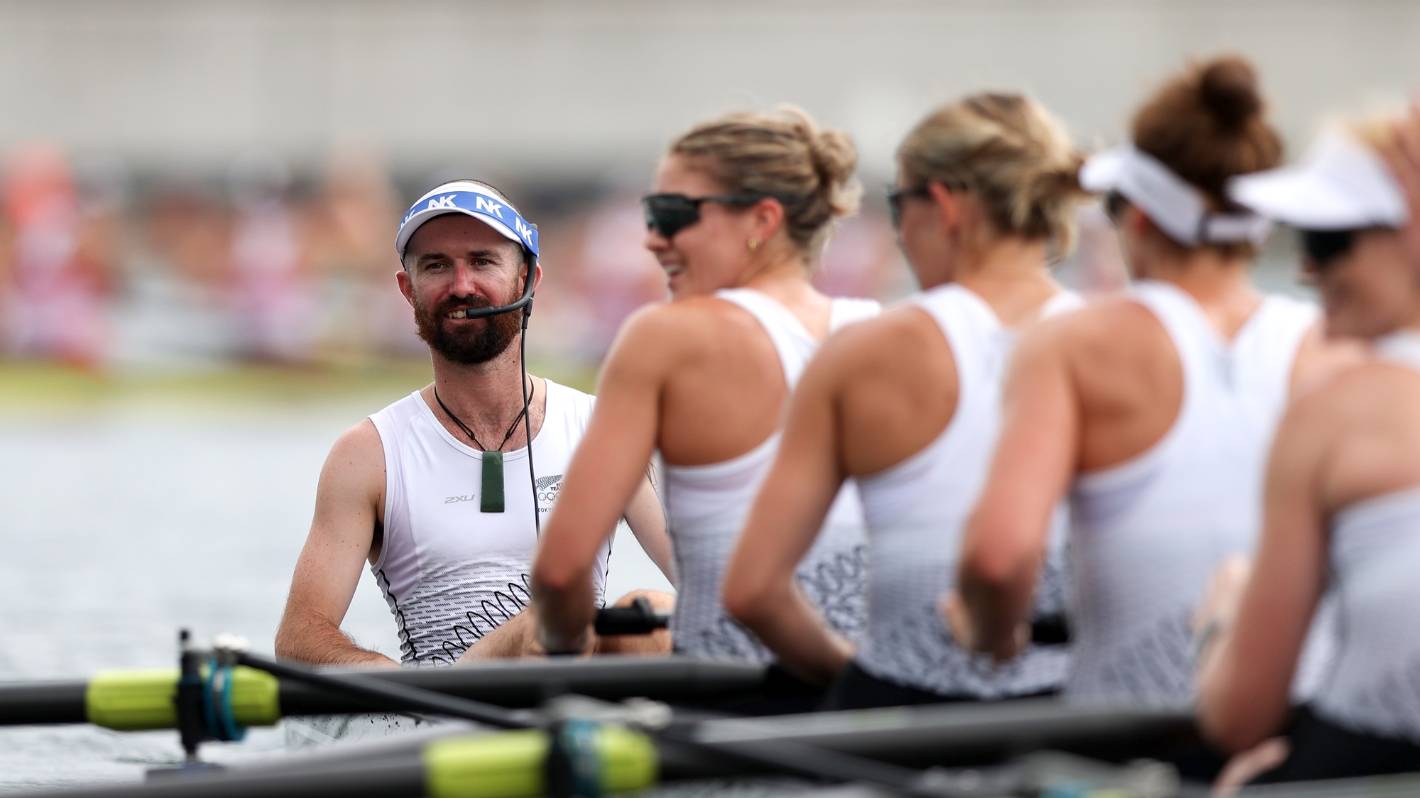 Coxswain Caleb Shepherd and the New Zealand Eight after winning the silver medal at the Tokyo Olympics.

Caleb Shepherd is bringing some of his helmsman skills into the classroom.

Shepherd, who led New Zealand Eights to a silver medal at the Tokyo Olympics last month, has retired from the sport and will be part of the English teaching department at Hamilton Boys’ High School next year.

The 28-year-old quits the sport with three World Cup gold medals and his Olympic silver when he became the first man to win an Olympic medal in a women’s competition after the rowing association lifted gender restrictions on helmsmen after the 2016 Rio Olympics.

Shepherd won consecutive gold medals with the New Zealand Men’s Eight at the U23 World Championships in 2013 and 2014, and teamed up with Hamish Bond and Eric Murray to win the 2014 men’s steering couple title, a world record.

He was part of New Zealand eights who drove to the boat’s first gold medal at the 2019 World Championships and then took silver behind Canada at the Tokyo Olympics to win New Zealand’s first Olympic medal in the women’s eighth class.

“For my Black Eight squad, the team we’ve built over the past three years is something I’ll always cherish and share the stories and lessons with those around me,” said Shepherd upon announcing his resignation.

The father of New Zealand eight oarsman Phillip Wilson talks about his son’s fight for an Olympic medal in Tokyo.

“We made history, but the trip and the team are what I will always appreciate most.”