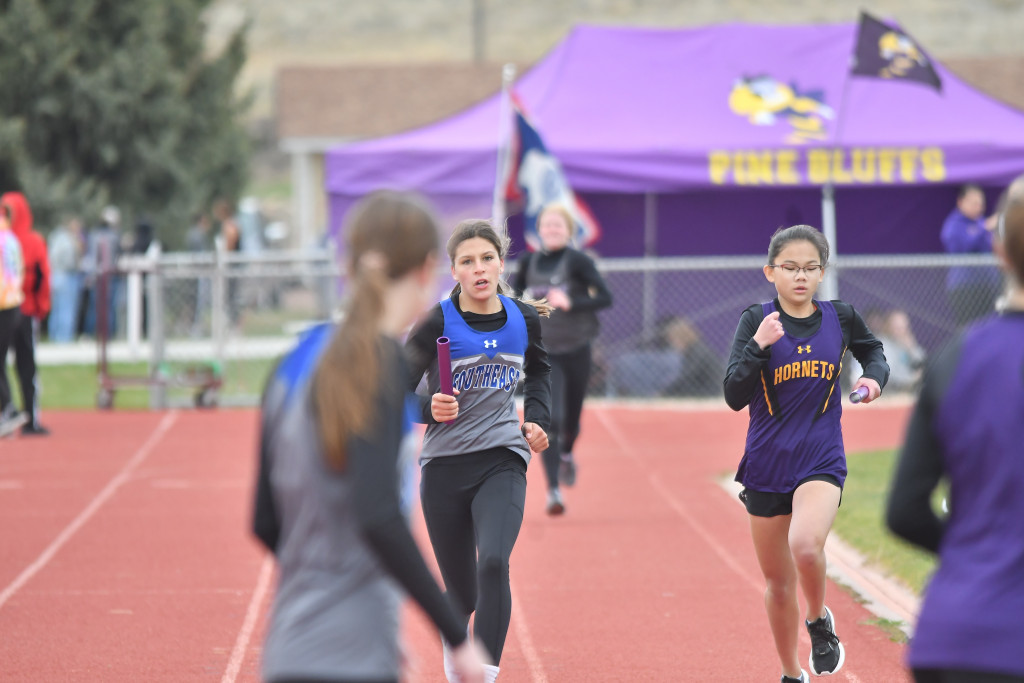 TORRINGTON – The Southeast High School track and field team was scheduled to compete at the annual Dennis Zowada Invite on Saturday, but due to the weather forecast, the meet was canceled. As a result, the Cyclones helped the Torrington and Lingle-Fort Laramie track teams host Friday’s T-Town Qualifier.

The two teams from the south-east clinched six individual victories between them.

The 4x800m relay team of Logsdon, Kylee Llewellyn, Baylie Booth and Tylar Stoddard achieved the Lady Cyclones’ only victory of the day in the running events.

Stoddard was also second in the triple jump with a jump of 30-3.75, while Logsdon was fourth with 29-6 and Grace Desmond sixth with 29-2.

In other running competitions, Sasha Haines finished fourth in the 400-meter dash while Taylor Hanson finished sixth in the 800-meter dash.

In the boys’ division, the Cyclones picked up three wins that day.

Ryan Clapper won the 200m while the 4×400 team of Wyatt Campbell, Grant Logsdon, Austin Short and Clapper finished with victory in the T-Town Qualifier. In field events, Grant Logsdon clinched the lone team’s victory in the pole vault with an 11-6, while Kirk Kay finished sixth with a 9-6.

A time of 22.80 seconds won the 200 for Clapper while also finishing second in the 100 meters. Campbell was third. Campbell also finished fourth in the 200-meter dash

Southeast is back in action at the SEWAC Championships on Saturday, May 7th at Pine Bluffs. The action is scheduled to begin at 10 a.m