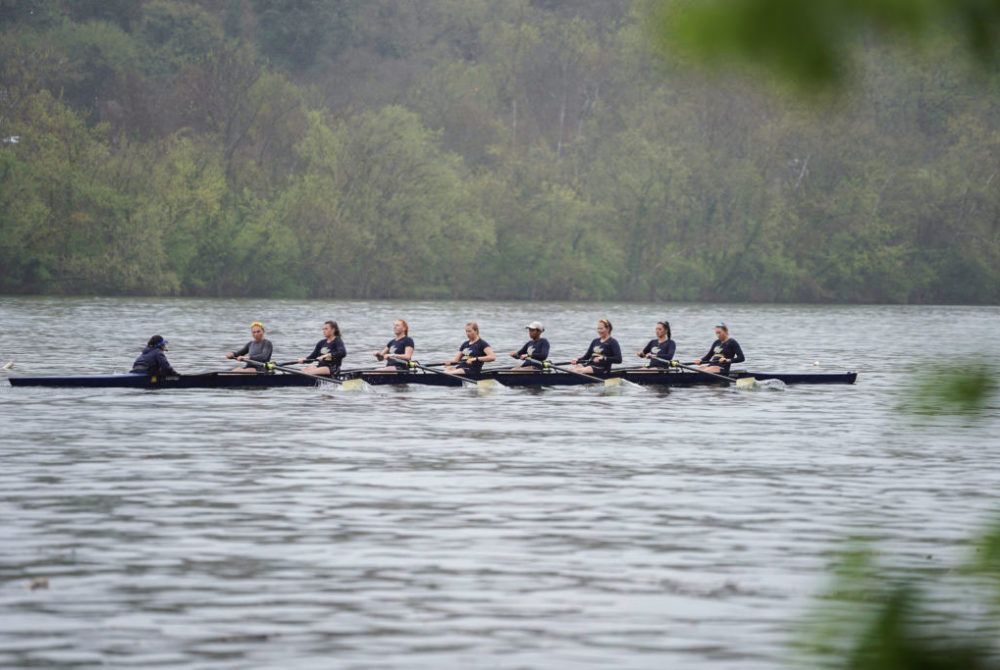 With the start of the autumn season 2021-22, the women’s rowing wants to build on the success of the previous season.

The Colonials rowed into the fall season for the first time since 2019 at the Head of the Potomac race on September 26, when the A and B teams finished first and second. The team similarly continued their success last spring after finishing runner-up in the Atlantic 10 Championship and a high program score on May 15.

Head coach Marci Robles said the team only had four full days of training before the first race, but the race at their facility gave the team more confidence again.

“I think we started the year very positively,” said Robles. “We spent a lot of time this summer talking about how to start and where to start just from a prep perspective. And they came ready, that’s a bigger team this year. “

Last year’s roster consisted of 41 rowers, while this year’s team consists of 43 members, all vying for the top positions on the boats. Despite the admission of 13 newcomers, Robles said the team immediately started training at a high level and achieved initial successes. She said the team is in a “fantastic place” after the “stressful” last year and is working on maintaining a positive attitude for the remainder of the season ahead.

Robles also said the team is currently getting to the point at their maximum fitness to improve their speed and make the changes necessary to get the most out of the rowers. She said the excitement and commitment to working hard among the rowers was “felt across the board.”

“It’s just about adjusting the training and the mindset of training and the approach to training so they can get the most of it,” said Robles. “We also work on a lot of technical things on the water so that our freshmen learn the stroke we train and the rhythm we train.”

The team only competed in the spring of last season and omitted the fall list due to complications from the COVID-19 pandemic. Although the team has a fall schedule this year, Robles said the way they train hasn’t changed. She said the team is still focused on being mindful and aware of how they move around in the community so that they can achieve their ultimate goal.

Senior Lauren Bolton said the main goal of the fall list is to get base levels of speed “never seen before” with the addition of new rowers this season. The team went into the first race thinking it was a training session as many of the boat lists had gotten mixed up to balance speed and increase competitiveness to identify the strongest rowers, she said.

“Everyone is fighting for their places, mostly because you don’t have another boat with people at the same speed as you to support you,” said Bolton.

Bolton added that the team named one of their boats, in honor of the 2020 Women’s Rowing Class that canceled their 2019-20 season, as a reminder of what they are rowing for and a chance to rowing will take the program to new heights.

“There were a lot of really dedicated great girls in that group,” said Bolton. “I think five of the six had to come back for the commitment, but with that gratitude comes the feeling that we have a chance to do something that this class never did. So it’s about doing it for them and doing it for the girls who came before and after us. “

Senior Helmsman Claire Knox said the team is still honing the technical aspects of its capabilities but that it has a solid positive foundation. She said the Potomac race boss enabled them to take each other to “new levels” and increase their internal competitiveness.

Knox said last season helped the team “mature” and appreciate the impact of their individual and collective actions. She said the team is grateful that they still have the opportunity to row together at a high level.

She said the integration of the new members of the team “went very well” and the team is a “great environment” to work in, to get to know each other and build a culture of success.

“Everyone is so motivated,” said Knox. “From the minute we get to practice at six in the morning, everyone is so happy to be there and so ready to work hard. And just really committed to the team and really, really excited to push a little harder. It was a great start to the season. “

The next test of the Colonials on the water will be the Occoquan Chase on October 17th at Fairfax Station, Virginia.

This article appeared in the October 11, 2021 issue of Hatchet.