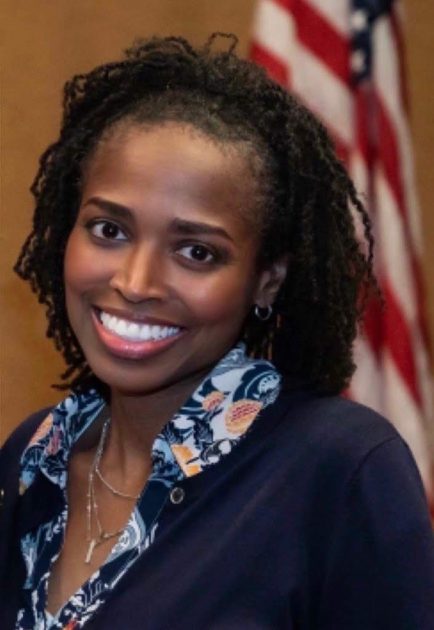 India Weaver is the TSSAA Title IX Trailblazer for the week of May 24, 2022.

Born in Memphis, TN, India Weaver is a product of Memphis City Schools, now Memphis Shelby County Schools. She attended the University of Tennessee at Martin on a basketball scholarship, where she received the OVC Academic Medal of Honor in 1999 and 2000. She graduated summa cum laude with a Bachelor of Science from UT Martin in 2000. After graduating, Weaver spent time as a From 2000 to 2001, she was a volunteer basketball coach at Rhodes College, where she assisted with player development, recruitment and apparel sales. While completing her Masters of Science at the University of Memphis, Weaver began working as a Certified Athletic Trainer for Memphis City Schools in 2002 and was later promoted to Head Certified Athletic Trainer in 2007, where she was responsible for the strategic direction of Athletic Health Services and other administrative tasks. Weaver’s diverse responsibilities within the athletic department fueled her desire to become more involved in administration and operations.

In 2010, Weaver was appointed to the Tennessee Middle School Athletic Association (TMSAA) committee and to the Tennessee Interscholastic Athletic Administrators Association (TIAAA) board of directors. As the first female member of both, she represented over 60 schools. Members of the TMSAA Committee are appointed to represent their area of ​​the state, guide the organization, and make recommendations to the Legislative Council for changes to its constitution. TIAAA Board members support the development of high school athletic administrators by providing resources to develop leadership skills and encourage career growth. Weaver was instrumental in launching TIAAA’s online web presence. She is currently the state liaison for the National Interscholastic Athletic Administrators Association (NIAAA) coach education program and instructor for leadership training courses. In 2011, Weaver received the TSSAA AF Bridges System Administrator of the Year Award, followed by the TIAAA Athletic Administrator of the Year Award in 2012. In 2014, she was promoted to Shelby County Schools Athletic Manager. A year later, India was recognized by TMSAA for outstanding service.

In 2019, Weaver was named Director of Athletics for Shelby County Schools, now Memphis Shelby County Schools. She is the first woman to ever fill this role. She currently directs athletic services for 100 schools, 12 stadiums, more than 1,500 coaches, more than 800 athletic programs and 12,000 student athletes for Tennessee’s largest public school district. Under her tenure, 30 state championships were achieved in the basketball, soccer, and track and field programs at Memphis Shelby County High School and Middle School. Also in 2019, she completed her Certified Master Athletic Administrators (CMAA) certification and is now one of 18 National Board Certified Athletic Administrators in the state of Tennessee. She also received the NIAAA State Award of Merit for her dedication to high school and middle school athletics, an award bestowed by the state on an NIAAA member who demonstrates outstanding leadership and meritorious service and achievement in the Interscholastic Administration calling proves. Weaver has been in the sport for nearly 20 years and continues to build on the foundation of her predecessors to advance the mission of education-based athletics. For these reasons, we’re honoring India Weaver as the TSSAA Title IX Trailblazer this week.