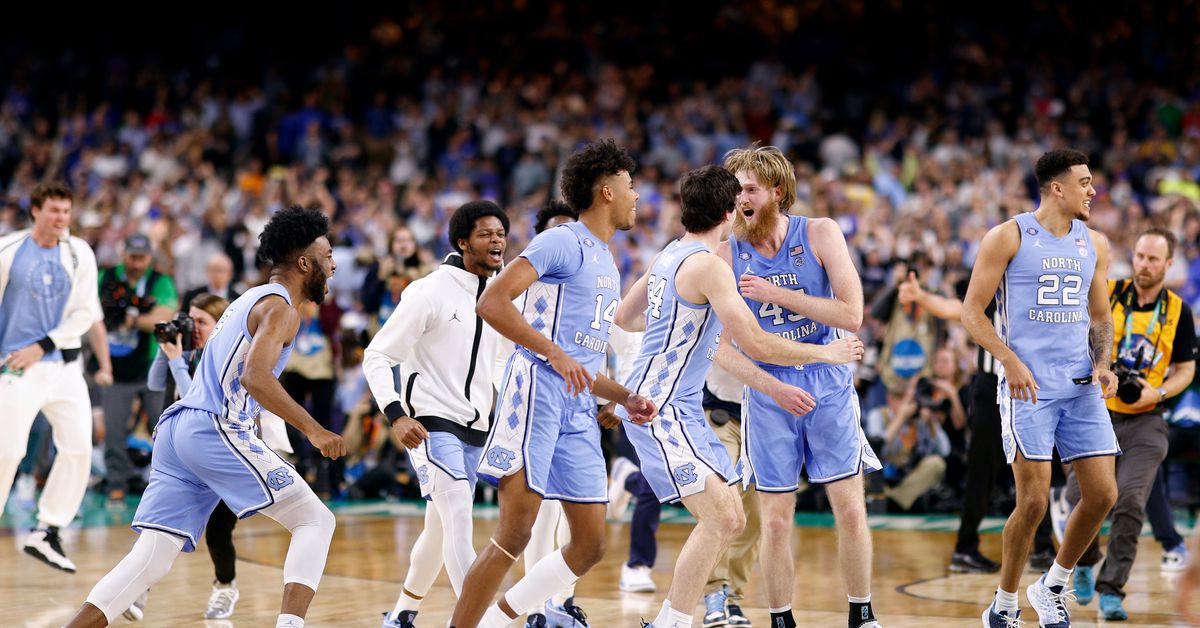 The beginning of April also means the end of the “winter sports” season in university athletics. North Carolina’s run in the men’s basketball tournament was the defining moment for the Tar Heel athletics winter season and has also helped propel the athletic program to a recent 5th place finish in the Learfield Directors Cup.

The Directors Cup is a competition that attempts to measure each year what is the best sporting program by awarding points corresponding to each team‘s national completion in each different sport. The men’s basketball run, women’s basketball run to the Sweet 16, and a 14th-place finish in the women’s swimming championship made for a solid winter season for UNC Athletics. Fifth place is one place higher than the Tar Heels after the fall sports season. With 702 points, they are about 300 behind current leader Michigan. For reference, a program earns 100 points for winning a national championship in a sport.

UNC won the Directors Cup for the first time in 1993-94 but has not climbed to the top of the rankings since. Last year they finished fourth after a national field hockey championship and a couple of other good seasons from different teams. They have finished second a couple of times, most recently in 2008/09. With some of the spring sports crowned champions over the next few months, Carolina could be one of her better finishes in recent years.

One upcoming championship where UNC could make a deep run and maybe even win a national title is women’s lacrosse. So far this year, the Tar Heels are 17-0 and an ACC Tournament Championship game win over Boston College on Saturday away from going undefeated in the NCAAs. One win there and it seems likely they would be the top seed in the NCAA tournament, which will start on May 13 and end on May 29 in the championship game in Baltimore.

Speaking of teams who took first place overall in their NCAA tournament, the Tar Heels women’s tennis team has officially earned first place in their tournament, which is scheduled to begin this weekend. They face South Carolina State in the opening round. Her path could also include an Elite Eight matchup against a Pepperdine team that upset her in last year’s tournament.

The men’s tennis team, while not quite as dominant as the women’s team, could also be making a deep run in its championship. The field for the men’s tennis tournament was announced last night and the Tar Heels are number 15 overall in the 64-team group. They will play Navy this weekend and, if the seeds hold, could face No. 2 seed Florida in the round of 16.

As for men’s lacrosse, they seem to be a little closer to the bubble in their particular tournament. The latest top 20 poll put them 19th, which would be right on the edge of the 18-team bracket. It will likely be close when this field is announced this weekend.

Baseball and softball are both struggling a bit this year. While they could still make their tournament pitches, they’ll both likely need to make big runs in the coming weeks.

The other spring sports in which UNC will field teams are track and field and women’s rowing, although no tar heel teams appear to be a serious threat.

Will he now seriously fight to win the Directors Cup? That seems a little unlikely. As mentioned, they are 300 points behind the first. It would take three teams to win national championships to close that gap, even if Michigan’s current No. 1 were somehow completely absent from every spring sport. But could they make it to the top last year and maybe fight for No. 2 for the first time in almost 15 years? Possibly.

Creighton Athletics is hosting the fourth edition of The Billy’s