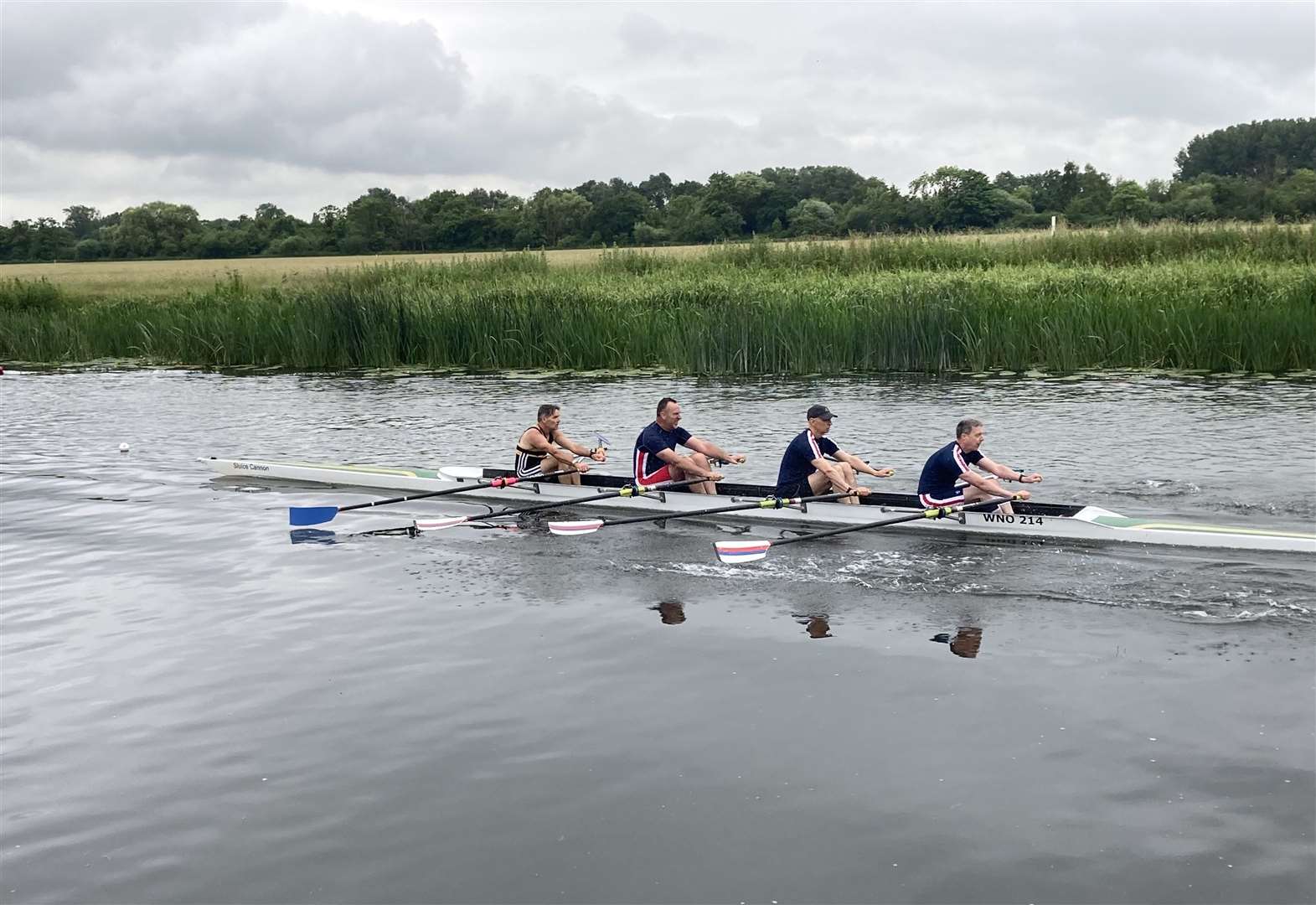 West Norfolk Rowing Club took a full trailer of boats to compete in St Ives Regatta for the first time in three years and it was some members’ first racing experience.

Even the all-day rain didn’t dampen the mood of the Juniors and Masters crews, who represent the club in single, double and four-man races.

St Ives has a challenging dual track course with buoys around a bend in the River Great Ouse.

Simon Prior was narrowly beaten at the finish line in his Masters D singles event.

Tom Cory and Erin Fitzgerald-Sutton rode well in their heats.

The women’s Masters D double of Carol Rose and Fran Fitzgerald and the Masters D coxless quad of Lisa Chamberlain James, Angela Holford, Liz Palmer and Helen Pryer had to wait in the rain for their events but despite strong team performances came away without wins.

Club supporters watched from wayside pavilions on the regatta field and there was a buzz of gearing up, starting and racing throughout the day.

No cutlery for West Norfolk this time, but it was a reminder of how much club members enjoyed attending events in the area before the pandemic.

It is hoped that while rowing regattas and heads are now re-establishing themselves, West Norfolk will continue to train new and existing crews for the competition.

Anyone interested in the club should email: [email protected]